I DON’T TRUST TRUMP: The Donald Secretly Conspired with Bill Clinton Prior to Announcing Candidacy

The more I read about Donald Trump's history and track record, the more doubtful I become that he would be a legitimate change agent in Washington. In fact, he readily admits that he's been an eager crony capitalist, listing the politicians he's donated to in order to advance his business interests.

Then there are more recent and troubling disclosures. Exhibit A: "Donald Trump talked politics with Bill Clinton weeks before launching 2016 bid." 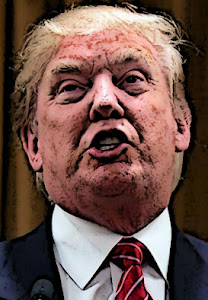 Former president Bill Clinton had a private telephone conversation in late spring with Donald Trump at the same time that the billionaire investor and reality-television star was nearing a decision to run for the White House, according to associates of both men.

Four Trump allies and one Clinton associate familiar with the exchange said that Clinton encouraged Trump’s efforts to play a larger role in the Republican Party and offered his own views of the political landscape.

...The talk with Clinton — the spouse of the Democratic presidential front-runner and one of his party’s preeminent political strategists — came just weeks before Trump jumped into the GOP race and surged to the front of the crowded Republican field.

The revelation of the call comes as many Republicans have begun criticizing Trump for his ties to Democrats, including past financial donations to the Clintons and their charitable foundation.

Writing at The Federalist, Mollie Hemingway added some valuable data from the debate as context:

And I won't even get into Mr. Tough Guy's whining and moaning about tough questions from Fox News. This is the same guy who, as Charles Krauthammer observed this evening, says he'll stare down Putin, "kill the Chinese" in negotiations, and force Mexico to build a security wall.

But a few direct questions from Fox News are too tough for him?

I personally thought Chris Christie faced the toughest question of the night, confronted with a litany of New Jersey's debt downgrades under his governorship.

But it's Trump that's crying.

I don't trust Trump. His principles (if you can call them that) are those of DC insiders: work the system, take advantage of big government, and support crony capitalism.

And heaven only knows what kind of hijinx he's been up to with the Clintons.

So exactly who are all these people that are trying to smear a GOP candidate by association? If they have first hand information, let them come forward and be man enough to give their names. I hate rumor mongers in the GOP as much as I hate them in the Democratic Party.

Trump is not my candidate of choice. But it is clear that the establishment GOP wants him out. Can't have Trump forcing conversations on issues that the GOP has been abstract failures at; like securing our border which has been a sieve long before Obama took office.

A better story would be how the RNC prohibited people from attending the first debate between the second tier candidates and only gave each candidate seven tickets. Why was that debate not opened up to the public? There's a story.

It simply wouldn't surprise me. Trump has only a few things in mind, none of them are the salvation of the US. Then again, it wouldn't surprise me that Dems encourage as many GOP candidates as possible. What about politician, at this point, is misunderstood? Politics is worse for virtue than even Fukushima is to energy company reputations. Trust, but veri... hang some of the bastards every seven years or so (or so suggested one of the founding fathers).

I still think, if "the Duck" gets close, he will pull a Perot. If not, he'll pull a Paul. He isn't, I don't think, in it to win. He is in it to lose the game for the GOP. Billionaires need workers, and they aren't interested in paying US workers at their expected wages and benefits. He is open borders, has to be. It would be interesting to find out how many illegals he hires. Though he would be against full amnesty. Citizens demand real pay, illegals beg what they can get, on their knees or wherever else.

Now let's see: we have a Republican House... and a Republican Senate... and yet there's not been even ONE bill to defund/repeal Obamacare... or any other thing that conservatives would like.

So we have a Republican party that does the work for the Democrat party, have I got that right? Or did I miss all the action, with Obama having to veto bill after bill after bill... why no, he hasn't had to veto anything, has he. R = D. They're two heads on the same monster: the Washington Cartel. So, vote for Jeb! or Hildabeast, no difference, the machine rolls on. Nobody gets upset & they can make nice speeches telling us why they can't help us, while tightening the screws & importing millions more illegals. You know that's what they'll do, if you're honest with yourself.

That's why I'm for Trump! Break the Cartel, break the rice bowls, throw the establishment pimps & whores OUT!

Who's the only one telling it like it is? The Donald! Make America Great Again!

I don't care what Trump has said or done in the past-he's directly addressed the issues that are most important to me. The question becomes, will he pull a McConnell, get elected and then ignore building the fence, et.al.?

I don't think so. In fact I believe with a strong leader like him as President, a leader that obviously is more then willing to take the arrows, he will coerce the leadership(?) in Congress to follow his lead.

Just like Reagan did in the early and mid 80s and that was with a dem controlled Senate.

I still prefer Ted but will whole heartedly support Trump if he gets the nomination.
MM

What business, large or small, does NOT out of survival embrace externals? Bankrupt ones, that's what. That he has donated to this one or that means nothing. You do what you must, or you die. Period. If that's "working the system," it's semantics.

Regarding his being a legitimate change agent, only those who have not read his book; only those stuck in 2012 or previous mindsets with some purity standard; only those who don't really remember Reagan - make this assertion. Is 256 pages worth your time? Is America? Time to Get Tough is a great read, and clears up the ridiculous media portrayal of Trump.

"Third party run will cost us the election" arguments are based entirely on memes promulgated by Democrats. Data makes it clear Perot took votes from Clinton, not GHW Bush, as is commonly believed. Dick Morris knows this, but he's Establishment, too. Bush cooked his own goose; Perot got in because of it.

We've more than a year to go. Let's lighten up, shall we? Democrats will destroy themselves in that time, so ANY of the top tier have fabulous chances. Unless we have internal ignorance - which is always likely...

Who is the author of this article? Bad Blue or Doug Ross?

Gop Ruling Class Establishment pulling all stops to shut down voice of middle Americans....
Trump is better than the lying Landslide Republican winners of 2014 who have given anything and everything Obama has wanted in Congress
Gop is the new Mafia
Sorry rinos.... it will Trump or sit home again in 2016

Trump is in the race for the Clintons. Trump's arrogance let it out during the "debate" with his talk about his donation to the Clinton Foundation and their presence at his wedding. His arrogance and his cronyism precede him. We certainly don't need another "my way or the highway" SOB in our WH.

My biggest fear is if he doesn't bag the GOP nomination, he will run as a third party and give Hillary a win (God forbid). He certainly didn't do anything to deflect this. He might also win it and still give Hillary the win.

My sentiments exactly, well said. But there's a lot more dirt, dirty dalings and hypocrisy available about the man than you have stated.