John Solomon at The Washington Times reveals Hillary Clinton felony #639 (although my count is conservative and is probably low). 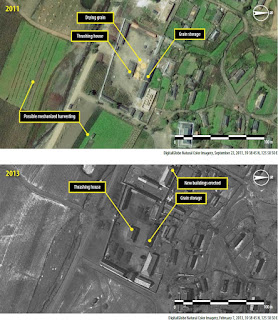 One of the most serious potential breaches of national security identified so far by the intelligence community inside Hillary Rodham Clinton’s private emails involves the relaying of classified information concerning the movement of North Korean nuclear assets, which was obtained from spy satellites.

Multiple intelligence sources who spoke to The Washington Times, solely on the condition of anonymity, said concerns about the movement of the North Korean information through Mrs. Clinton’s unsecured server are twofold.

First, spy satellite information is frequently classified at the top-secret level and handled within a special compartment called Talent-Keyhole. This means it is one of the most sensitive forms of intelligence gathered by the U.S...

...Allowing sensitive U.S. intelligence about North Korea to seep into a more insecure private email server has upset the intelligence community because it threatens to expose its methods and assets for gathering intelligence on the secretive communist nation.

I would wager that whichever Clinton hacks passed on this kind of heavily guarded information are not sleeping well these days.

It's a sorry state of affairs when the most charitable thing you can say about Hillary's actions is that she was totally clueless and incompetent.

It's a sorry state of affairs when given all we now know about Lady Hillary risking National Sercurity to cover her tracks of her criminal empire know as Clinton Foundation, people would still vote for her to become leader of our nation, very sad indeed...

The world does not fear Obama, Clinton, or Biden et al, they fear the U.S. Voters, as well they should. After voting Obama in twice with absolutely zero qualifications for the job we've shown our arse.