IT AIN'T ABOUT GUNS: Democrats Super-Excited About Killing Off Your Due Process Rights

The latest efforts to enact gun-control by Democrats in congress are either strictly symbolic, since they would not have stopped the San Bernadino or the Orlando Islamic extremists, or a Trojan horse to abolish the 2nd Amendment. Their proposal is to deny 2nd Amendment rights to anyone on the Transportation Safety Administration’s (TSA) “no-fly list.”

The murderers in San Bernadino and Orlando were not on the no-fly list, so even if such a law were in place, those acts of domestic terrorism would not have been prevented. So from that standpoint, such legislation would be mostly symbolic, and solve little to nothing.

It is much more likely, however, that the legislation is a Trojan horse to literally abolish 2nd Amendment rights of all, or more likely, select citizens.

The no-fly list is created by bureaucrats of the Executive Branch, and is so secretive that people don’t even know their names are on it until they attempt to board a flight. We have no idea exactly how many people are on the no-fly list, but an FBI factsheet uncovered by PolitiFact in 2013 indicated there were 47,000 names on the list at that time.

Not only do citizens not know if they’ve been added to the list, they have no way of preventing themselves from being added, since the government maintains it in secrecy, and has provided no clear criteria or rationale for names being added to it. As Hina Shamsi, director of the ACLU Nation Security Project has said, “The government puts people on the no-fly list using vague and overbroad standards, and it is wrongly blacklisting innocents without giving them a fair process to correct government error.” 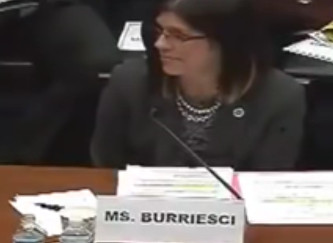 The ACLU has filed suit against the government over their seemingly arbitrary and spurious addition of names. As Shamsi explains, “Our no-fly list lawsuit seeks to establish a meaningful opportunity for our clients to challenge their placement on the list, which is error-prone and has had a devastating impact on their lives.”

Especially in light of what the Obama administration did just after it came to power in 2009. In an Agency Assessment from Obama’s Department of Homeland Security, titled “Rightwing Extremism: Current Economic and Political Climate Fueling Resurgence in Radicalization and Recruitment,” the “enemies of the state” were clearly identified, and it was entirely based on ideology.

According to the, communiqué the issues qualifying citizens for “enemies of the state” status include opposition to gun control, government infringement on civil liberties, abortion, hate crime legislation, anti-illegal immigration, and opposition to same-sex marriage. In a footnote, the document states, “[Rightwing extremism] may include groups and individuals that are dedicated to a single issue, such as opposition to abortion or immigration.” In other words, everyone who is not a left-wing radical was identified officially an enemy to the Obama Administration and accused of being a potential domestic terrorist! By their own admission, however, they had no evidence of potential threats, so the assessment was nothing but a political hatchet-job against those who don’t agree with them.

After passage of the Democrat’s bill denying 2nd Amendment rights to those on the no-fly list, all that would need to be done by an unscrupulous and tyrannical president, is put all citizens with political leanings identified by the 2009 Agency Assessment on the no-fly list. From the Democrat’s perspective, problem solved. But for the nation, nothing solved, since leftists perpetrate most mass killings.

Once on the no-fly list, it’s nearly impossible to get off of it. The ACLU has declared, “The government denies watchlisted individuals any meaningful way to correct errors and clear their names.” Eleven term congressman John Lewis (D-GA), has been trying to get his name off of the list for five years.

There is no process by which a citizen can be prevented from being added to the no-fly list, or the FBI’s Terrorist Watch List. Which means, if a citizen were added to one of them, they would be deprived of their constitutional rights without due process, which is guaranteed by the 5th and 14th Amendments. This would be just one step away from the government denying 1st Amendment (freedom of speech, etc.) rights by placement on a government watch list, or “no speak” list, again denying due process, and violating rights assured by our most foundational document. This would be tyrannical and fascistic, and as antithetical to American values as one could get!

This argument was brilliantly illustrated in a House Government Oversight Committee hearing exchange between chairman Trey Gowdy and DHS Deputy Director Kelli Burriesci in December. That two minute video should be watched by every American, and can be seen at https://www.youtube.com/watch?v=9wrxmaMLXLE.

And while we’re on this subject, why is it that the ire of the anti-gun left is invariably targeted against the National Rifle Association? Founded in 1871, the NRA is the oldest continuously operating civil rights organization in the country. Their objectives are protecting our 2nd Amendment rights and teaching responsible and proper gun use. Blaming them for abuse of those rights is like blaming the ACLU for 1st Amendment abuses, like hate speech! Can’t get much more illogical and inane than that!

Gun control is a key issue for the left, since it can be so easily fomented emotionally. But it does nothing to address the underlying social and cultural issues which are the cause of violence and domestic terrorism. And using vague government controlled lists as the basis to deny fundamental rights is a violation of our constitutional rights, which define what it means to be an American citizen.

Of course it's not just about guns. It's about control.

If the tyrannical, liberal fascists on the Left can get rid of our right to due process (for us, not for them) by removing every possibility or tool to conserve our liberty, then they will be able to wield total control over us.

Many of the 60's radicals, especially those with a penchant for violence like Ayers, Dohrn, Cramer, and Fox-Piven, "vanished" into the educational system to exploit it for their own nefarious purposes. They have been able to turn the entire educational system into fascistic, Leftist indoctrination mills.

We, the people who still understand the principles of our unalienable rights to life, liberty, and (in the original) property as brilliantly enunciated in our Constitution, were unable to take advantage of the one opportunity we had in our hands and, instead, squandered it on a vacuous, shallow Progressive celebrity.

Shame on us. The burden will be on our children and their children.

too much gun on the wrong hand... need more control.