Arianna Huffington signed a deal earlier today that hands ownership of The Huffington Post to AOL in exchange for $315 million in cash and stock. Arianna's a smart businesswoman: she demanded most of the deal in cash, eschewing the stock of a company that almost certainly overpaid for the progressive news portal.

The sale is said to give Ms. Huffington significant editorial control of AOL's news content, which means that it will lurch hard left.

I can therefore draw only one conclusion: AOL is circling the drain. 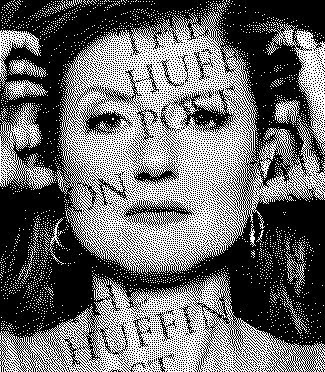 • AOL is collecting $250 million a year from people who don't know it's free -- "For five years, AOL has been cashing in on users who don’t know they can cancel the paid service and still get all the benefits." -- Not exactly a sustainable business model.

• HuffPo's huge cadre of bloggers who work for free are unlikely to continue doing so now that Arianna's had her massive payday -- "It always amazed me that HuffPo bloggers (not the handful of well paid staffers, but the great unwashed) thought they were so special by being allowed to blog at HuffPo, when in fact they were being treated as unindentured servants.  They were able leave, but they were working for free to help Arianna build a business." -- Methinks many of the site's bloggers will resent the fact that they were paid nary a cent.

• Moving to the left as the country moves right is a recipe for disaster -- the U.S. as a whole is far more conservative than liberal and Gallup's polling indicates the trend is accelerating. AOL could very well be in the process of transforming itself into Air America.

Now that AOL is in overpayment mode in a bid to stay relevant, may I suggest some other strategic acquisitions?

• Daily Kos for $95 million
• Democrat Underground for $25 million
• Rosie O'Donnell's blog for $7.5 million
• Media Matters for a bottle of A-1 Steak Sauce and two snow tires

What I found most entertaining is that folks are running for the exits on both sides of the aisle in the wake of this merger. HuffPo people are going nuts saying how mad they are that ZsaZsa's gone "corporate" (LOL) and the handful of righties who still deal with aol say they're done now that they've handed news control over to a leftist hatebot.

Its not that ppl don't know aol is for free, its aol are still charging ppl's credit card even though subscribers have asked them to stop. I have heard that ppl had to close down their credit card to stop the charge despite multiple phone calls to get them to stop

I'll sell you my blog for one-tenth of what you paid ZsaZsa for hers.

Call me; we'll do lunch. My treat.

I'm sure Arianna Huffington will want to be the first to support the President and share her earnings with all the writers.

Yahoo's news presentation also is left-leaning. I've contacted them repeatedly asking them to either find a more objective news source or else stop forcing their current one down our throats. Sign in and half your screen is MSNBC-quality news items.

It is so bad that Yahoo even has a FAQ that says they are evaluating the situation. Sure they are - they were thinking of buying HuffPo too.