Treasury Secretary Geithner to Senate: "Yes, Obama's Budget Will Cause the United States to Collapse. What Are You Gonna Do About It?"

"What this country needs are more unemployed politicians." -- Edward Langley, Artist (1928-1995)
Yesterday's testimony by the Treasury Secretary in the Senate Budget Committee meeting was shocking for two reasons. First: Tim Geithner as much as admitted that his boss's budget sucks. Second, that legacy media didn't report his shocking admission.

That is: Obama's budget sets the United States on a course of complete economic collapse. And, no, I'm not kidding -- though I wish I were. 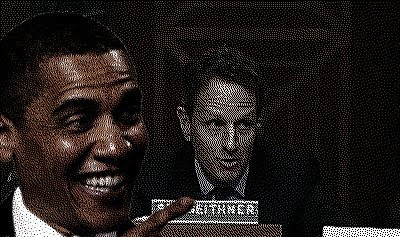 The question, though, is -- just to be direct about it -- what's the alternative plan? ... We'll be able to see from the House, to see from this body, whether you people can find the political will here to go deeper. And if you can find --

Sessions: "Well, what your plan is, that plan, the one you're required by law to submit, and ... it's not acceptable..."

Let me repeat: Interest payments by the federal government were $187 billion in 2009.

Under the Chavez administration, our annual interest payments alone -- alone! -- will total $844 billion. That interest payment is double the worst total Bush-era deficit.

Now that's what I call change.