Pity the Democrat Party doesn't understand -- or care -- about the law of supply and demand. Not to mention the Constitution. 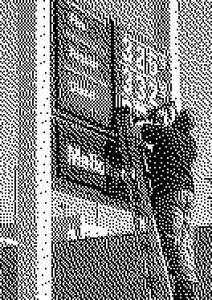 U.S. gasoline prices have jumped to the highest levels ever for the middle of February. The national average hit $3.127 per gallon on Friday, about 50 cents above a year ago.

The price is about 6 percent higher than on this date in 2008. The next day, pump prices began a string of 32 gains over 34 days. They rose 39 percent over five months, eventually hitting an all-time high of $4.11 per gallon in July...

...Kloza expects gas to reach $3.50 to $3.75 per gallon this spring because of the usual run-up in prices ahead of the summer driving season. That would mean an increase of 12 to 20 percent from the current level.

Gasoline climbed almost 10 percent since November as oil prices rose because of factors including stronger demand from China, a frigid winter in the U.S. and tension in Egypt, Kloza said... The price of Brent crude, a key oil contract that also influences U.S. gasoline prices, hit $100 per barrel in January for the first time since 2008.

The underlying reason is plain as day: the Obama administration's hostility to fossil fuels, culminating in the White House being held in contempt of court over its illegal offshore drilling moratorium.

...a U.S. district court judge a week ago held the Obama administration's Interior Department in contempt for continuing to enforce a moratorium on oil drilling after he told the department it had no right to do so.

"Each step the government took following the court's imposition of a preliminary injunction showcases its defiance," Judge Martin Feldman found.

Ordinarily there are consequences for such defiance. But this administration fears nothing because there's simply no precedent for a government trampling the law with such apparent impunity.

Where is the media?

Do they care? Apparently not.

Try to imagine their reaction had a Republican administration been found in contempt. They would be lobbying for impeachment.

Which is why they are the very definition of anachronism.

Being Progressive means never having to say you're sorry.

If Americans march on Washington As the Egyptians are doing, will Obama step down as MuBarak has?

I vaguely recall an ex-squeaker of the House saying something like-"we democrats have a common sense solution to high gas prices".

If Americans trashed their cities and turned DC over to expell duh One.... do you think he would say "the people have spoken, their voices must not be ignored?" Lol.