Good news, union members: Trumka, the NEA and the other fat-cats plan to spend as much of your dues as it takes to buy Obama TV ads in 2012

It certainly seems reasonable to me that the taxpayers are, in large part, funding Barack Obama's 2012 presidential campaign through public sector workers' forced contributions to unions.

Top Democratic Party backers are in discussions about how to fund a television-advertising blitz in support of President Barack Obama's re-election bid. 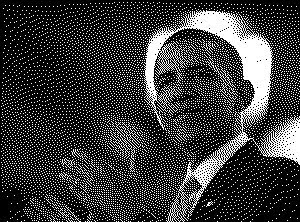 ...Representatives of labor groups such as the AFL-CIO, the National Education Association and the Service Employees International Union; abortion-rights organizations including NARAL Pro-Choice America; the League of Conservation Voters and other environmental groups; and some of the biggest Democratic campaign givers and insiders, such as strategist Harold Ickes.

..."There is a general consensus that there needs to be something big on our side to counter what the other side did in the last election," said Steve Rosenthal, a Democratic strategist who led one recent meeting at Tuscana West, an Italian restaurant in Washington.

...One Democrat creating a pro-Obama effort is David Brock, the founder of Media Matters, a liberal watchdog group. Mr. Brock founded a group called American Bridge that accepts donations to help dig up dirt on the Republicans hoping to unseat Mr. Obama. Mr. Brock's Media Matters is a frequent critic of Fox News, which like the Wall Street Journal is owned by News Corp...

The Left just can't seem to get it through their thick skulls that the Tea Party movement was an unfunded, unorganized, grass-roots movement that flushed the Democrats from office in November (twice in some states).

They can delude themselves all they want that the Koch brothers -- and I personally have no idea who they are -- are behind this resurgence of Constitutional conservatism. But the Kochs have as much to do with the ascendancy of the Tea Party as Solyndra has to do with green jobs.