Feel the burn: Obama orchestrates yet another $14B handout to the unions

CNN has the low-down on the continued skulduggery related to the incestuous relationship between Barack Obama, the UAW and Government Motors.

The U.S. Treasury is giving up $14 billion in tax revenue, because of a sweetheart deal it's giving U.S. automaker General Motors that's about to start paying off...

How is it that handing billions of dollars to the UAW fat-cats is somehow noble, but the guy who owns the dry-cleaner on the corner is "the rich", to be despised, vilified and harassed by the Left? 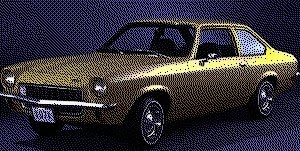 One reason the government might have let General Motors claim the loss, was to reduce the perceived cost of the bailout, said Linus Wilson, finance professor at the University of Louisiana at Lafayette... the fact that GM kept the tax breaks made its stock more attractive at the time of its initial public offering last November, Wilson said.

...Wilson said the improvement in stock value due to the tax break will offset only a small fraction of the tax revenue Treasury is giving up... "Is it worth the cost? No. It's a bad policy from a government point of view," Wilson said.

The full tab for nationalizing the auto companies will be well north of $75 billion, money that will never, ever be repaid.

Care to guess where a lot of that money will be going? That's a rhetorical question. Those hard-earned dollars of yours will help pay union dues... which will fund the fat-cat union bosses... and fill the campaign coffers of President Obama... so that we can keep getting screwed receiving the benefit of all of these oh-so-successful programs.

Like Cash-for-Clunkers, HAMP, Fannie Mae, Freddie Mac, "Climate Change" programs and all the rest of the ripoffs.

I'm leaning more to the idea that the Government will Say "Yes, this $14B will remain in GM's pocket due to tax law changes", sell the government GM stock once it bounces on the news, then announce "We thought it over, and we're going to take that $14B and more. For the children."

To all you people who are thinking about buying GM stock, get your "Sucker" nametag now and avoid the rush.