Dr. Marc Faber on the World Economy: 'I Think We Are All Doomed'

Courtesy Tyler Durden, we discover this enlightening interview (PDF) with economist Marc Faber -- who isn't called "Dr. Doom" for nothing. 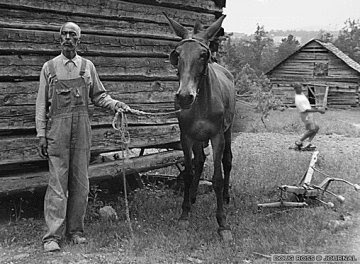 ...I do not think that [equity] returns will be fantastic, but if you print money it is very difficult to say what the returns will be, because it is not stocks that adjust on the downside, but it is the currency that adjusts on the downside. So in theory, it is possible that the Dow could double if you print money, or it could even go up 10 times, depending on how much money you print, and with Mr. Bernanke at the Fed, I think it is quite likely that a lot of money will be printed... 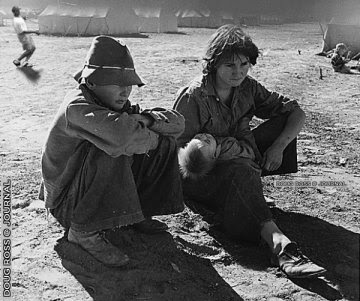 ...[On government holding inflation (CPI) artificially low] But you understand, you are not really helping the economy, you are impoverishing, let’s say, the honest people who are decent, who have deposits, who save money and keep it in the banking system, who simply do not want to speculate. So, it is a tax on people’s savings, and it is a very vicious tax, because it is not so obvious to them, but it will become obvious one day, when with their money they can buy less and less. In other words, the purchasing power of money goes down. That is why I am telling everyone, if you already own cash, consider gold and silver to be a component of your cash portfolio, and own some of it, because the government can appropriate it, but otherwise they cannot fiddle around with it in terms of increasing the supply. 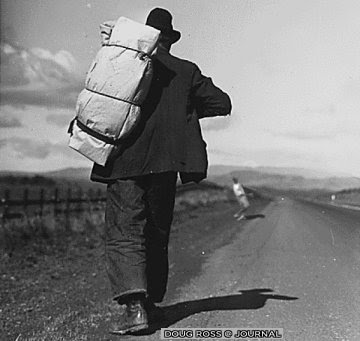 ...I think we are all doomed. I think what will happen is that we are in the midst of a kind of a crack-up boom that is not sustainable, that eventually the economy will deteriorate, that there will be more money-printing, and then you have inflation, and a poor economy, an extreme form of stagflation, and, eventually, in that situation, countries go to war, and, as a whole, derivatives, the market, and everything will collapse, and like a computer when it crashes, you will have to reboot it.

For the investor, the question is: How do I navigate through this complete disaster that is going to unfold? And I think if you look at different asset classes – real estate, equities, bonds, cash, precious metals – I suppose that you have to be diversified. I think real estate in the U.S. may go down another 10% or so, or even 15%, but I am always telling people, if you can buy the piece of land or the house you like, what do you actually care if it does down another 10%? If everything I bought in my life had only gone down 10-15%, I would be very rich, because a lot of things became worthless, especially loans to friends, and bonds, and so forth.

Look at the history, for example, of Germany, for the last 100 years. They had World War I. They had the hyper-inflation in World War II. The bond-holders got wiped out three times. If you owned Siemens, and you still own Siemens today, it was not a fantastic investment, but at least you still have something. You were not wiped out. I think that in equities you will be better off because you have an ownership in a company, than by being the lenders to companies, and the lenders, especially, to governments.


In a money-printing environment, it is very difficult to know what is actually cheap and what is expensive. Is the price of wheat high, or is it low? Inflation-adjusted, it is extremely low. In nominal terms, it is relatively high. I believe that, in March 2009 when the S&P was at 666, the market was actually much cheaper than is generally perceived, because of the money-printing, and I do not anticipate that we will see 666 on the S&P again, in nominal terms.

That is why I am advising people to accumulate gold. Can gold have a correction? Yes, there has been a little bit too much euphoria about gold, and we may have a correction, but I do not think we are in a bubble in the price of gold. In fact, I could make a case that gold, at this level of $1400 an ounce, is cheaper than in 1999, when I look at the unfunded liability growth of the U.S., at the credit growth of the U.S., and at the household growth, and at the money printing, and at all the wealth creation that happens in China and Russia.

Which says a lot about the policies of the current administration, Tiny Tim Geithner and Helicopter Ben Bernanke.