Juxtaposed Headlines o' the Day: We are the Second-Class Citizens

The national treasure known as Mark Levin points us to this pair of headlines that will really make your day.

Only 15% of Southern Border Is Sealed 'Air-Tight'

...the Border Patrol only has "operational control" of 44 percent of the southern border, and of that only 15 percent is air tight, according to new General Accountability Office report... 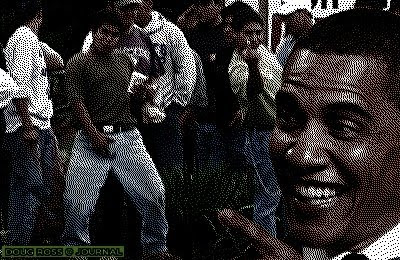 ...The Internal Revenue Service says it will need an battalion of 1,054 new auditors and staffers and new facilities at a cost to taxpayers of more than $359 million in fiscal 2012 just to watch over the initial implementation of President Obama's healthcare reforms. Among the new corps will be 81 workers assigned to make sure tanning salons pay a new 10 percent excise tax. Their cost: $11.5 million...

In other words, an illegal alien can cross the border, receive free schooling, health care, welfare and social services.

On the other hand, citizens who don't want any part of socialized medicine -- who rallied, voted, tossed out Democrats in record numbers across the country -- are going to be hunted down and prosecuted by hordes of new health care enforcers. These new enforcers, by the way, would be hired in an unlawful way since Obamacare was just declared unconstitutional -- null and void -- a ruling which the Obama administration is utterly ignoring.

It is we, the American taxpayers, who are the second-class citizens in the eyes of Obama and the Democrat Party. These bums must be tossed from office at every level of government, in every election from this point forward, if we are to save this country.