Hey, Union Bosses: Why Not Go to Apple's Factories in China Where It Sounds Like You're Desperately Needed?

Apple Inc. says its audits found labour, safety and other abuses by its suppliers in 2010, though it praised Taiwanese manufacturer Foxconn for saving lives through its handling of a spate of suicides at its factories in China... The findings... prompted local reports Wednesday to decry the "high price" paid by Chinese workers who assemble hit gadgets like the iPod and iPad. 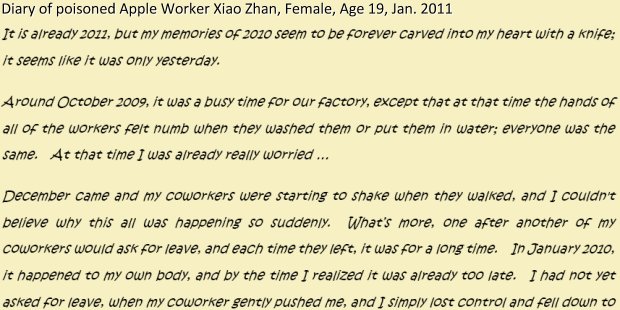 Apple's report lists steps the company has taken to deal with underaged workers, involuntary or debt-bonded labour and unsafe handling of dangerous chemicals, among other abuses found in audits of 127 production facilities... Meanwhile, the company said it was working with Foxconn, a major supplier to many electronics makers, to help prevent further suicides at its factories, which employ more than 920,000 people and are expanding into China's inland areas. 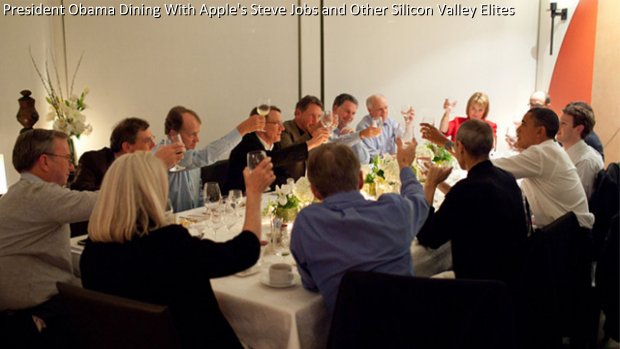 ...Apple said its audits found 91 underaged workers at 10 Chinese factories [and] acknowledged other troubles, such as inadequate safety provisions at factories, including one case last year in which dozens of workers were poisoned by unsafe handling of the chemical n-hexane at a factory in Suzhou, near Shanghai ... Wintek had gotten better results using n-hexane, a solvent that can cause nerve damage, rather than alcohol to clean screens and switched to the more toxic chemical without telling Apple.

...The Institute for Public & Environmental Affairs welcomed what it called Apple's "positive steps" in acknowledging the poisoning at Wintek, but said its claim that all the workers affected had returned to work was "highly conflicting" with what the workers have said... "Many of them have been categorized as occupationally disabled. Their condition therefore makes it dangerous for them to return to the Apple production line and to be exposed to chemical substances such as acetone," it said in a statement Wednesday... The NGO also chastised Apple for not providing specific details about other environmental risks, saying it was studying further cases it had found.

But I'm sure President Obama gave Apple CEO Steve Jobs a stern lecture on workers' rights when he dined with him on Wednesday night. In between his requests for campaign donations, that is.

It's good to be da king!

Don't knock being a member of the elite until you've tried it. It's a blast, or so I'm told.