Ever wonder how Bob Herbert got hired at the Times? I'll bet editor Bill Keller is wondering that today after reading the columnist's latest world-class nutbaggery, which was layered paragraph upon paragraph like some sort of delusion cake. I'll spare you all of the details: just consider a few "highlights": 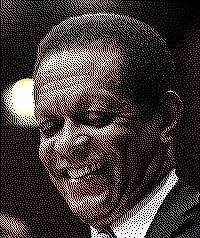 • "More and more Americans are being left behind in an economy that is being divided ever more starkly between the haves and the have nots."

• "As poverty increases and reliable employment becomes less and less the norm, the dwindling number of workers with any sort of job security or guaranteed pensions (think teachers and other modestly compensated public employees) are being viewed with increasing contempt."

• "...there are not enough tax revenues being generated to pay for the basic public services that one would expect in an advanced country like the U.S. The rich are not shouldering their fair share of the tax burden."

• "Long-term joblessness is a recipe for societal destabilization. It should not be tolerated in a country with as much wealth as the United States. It's destructive, and it's wrong."

Hey, everyone: the genius Bob Herbert thinks anyone who pays taxes isn't paying enough. Don't be fooled about his rhetoric concerning "the rich": you could confiscate every penny from the rich and it wouldn't be enough. 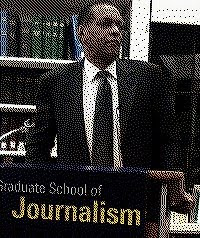 Hell, former Obama budget director Peter Orszag admitted as much last September, noting that a "middle-class tax increase is unavoidable, but it will probably take a bond crisis to push politicians to act."

No, folks: apparently Bob Herbert believes you're not paying enough. After all, you're only paying federal, state and local income taxes. FICA and Medicare taxes. Property taxes. Excise taxes. Gas taxes. Sales taxes. Fees for registering your car, your dog, adding on to your house. Taxes on your phone calls, your cable TV, your Internet connections. Can you think of anything that isn't taxed?

And don't say breathing because the EPA is working on carbon dioxide regulations as we speak.

In short, Bob Herbert believes that government isn't big enough! Despite massive borrowing, crippling levels of debt at every level of government, imminent bankruptcy for states and municipalities, and pension plans that are collapsing as we speak, Herbert wants more government control!

Bob Herbert is going to cure unemployment by taking more money from the employers.

Yes, folks, this is what passes for informed commentary among the Leftists. They are all economic illiterates who view government as some sort of heroic enterprise and private business as the enemy. And yet they complain about unemployment while pillorying the engines of job creation.

Herbert's intellectual peers have created endless bureaucracies, endless agencies, endless central planning experiments, and Politburo-style control of every aspect of our lives. They control health care, how cars are built, the kind of mileage cars must achieve, where we can drill for oil and gas, how much water can flow into a toilet, light bulb design, carbon dioxide emission, how much dust a farmer can kick into the air, "light pollution", and tens of thousands of other areas.

Herbert and his ilk have created hundreds of thousands of pages of regulations, laws and dictates. They have authored so many different rules that no one on the planet has a full grasp of their scope.

And still they are not enough for the Times and its preeminent dimwit, Bob Herbert.

The progressives' greed has no limits. Because they never learn: no matter how many times their Statist agenda fails, they insist it was because it wasn't big enough.

Bob Herbert is a thought leader for progressives, which proves once and for all that liberalism is the philosophy of the stupid. There can no longer be any argument over that issue.

Lollll. When I saw the title of Herbert's opinion piece - about a democracy deficit in the U.S. - I just had to read it last night, fully expecting it to plumb the depths of incoherent idiocy. And it did, it did. What Herbert's complaints had to do with democracy, I don't think he ever mentioned, nor could I figure it out. I dreaded the thought of fisking it - and am quite glad to see that you have done the yeoman's work. In the dictionary under the term "affirmative action," I bet you will find Herbert's picture.

What do you expect from this idiot.. A true product of Affirmative Action and the dumbing down of our institutions of higher learning to meet the lower expectations of those people...

I live and work in Philadelphia, PA. At the end of last year, my employer awarded me a "performance bonus" of $750. Federal, state, and local taxes took 43%. I took the remainder to the local camping gear store and spent it all. At the register, the state took 6% of the purchase price as a sales tax.