Before he was booted out of CPAC, Cub Reporter Biff Spackle filed this interview with former Senator Rick Santorum (R-PA). First the backdrop: if you've hadn't been tracking the faux controversy, Sisu reports: 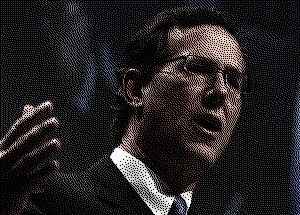 Former Pennsylvania Senator Rick Santorum, who is exploring a bid for the Republican nomination, told S.E. Cupp, who hosts an online radio show on Glenn Beck's website, that Sarah Palin is skipping CPAC because of her "business opportunities" and "other responsibilities" such as raising her five children.

"I don't live in Alaska and I'm not the mother to all these kids and I don't have other responsibilities that she has,” said Santorum.

Sarah reloaded and came roaring back with vintage Palin on Hannity last night:

Sarah Palin made clear Wednesday night that she took offense at Rick Santorum’s suggestion she’s not attending CPAC because she’s out making money and taking care of her kids, calling his claims “uniformed” and saying she will leave it to his wife to label him a “knuckle-dragging Neanderthal.”

WTF is Santorum talking about? Last I knew, he had 4 [correction: 7] kids to raise, too. That sexism ain't so subtle, Rick.

And in response to our own diaper-changing tweet above:

I thought so, too, when I heard it. Santorum? Prig.

Santorum responded, "I've discussed this with Sarah through an intermediary. She's fine. I'm fine. This is another instance of liberal media [Politico] spinning a comment by implying something that just wasn't there." 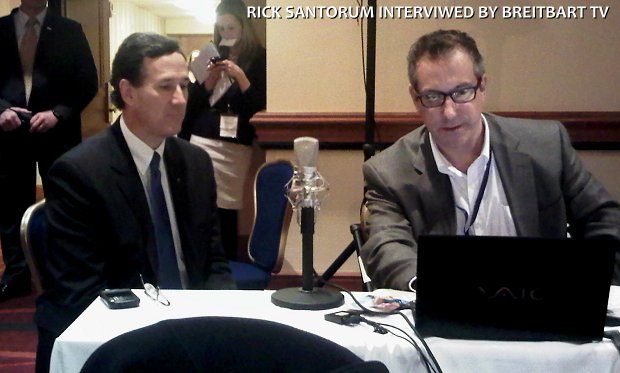 "This was a controversy invented -- soup-to-nuts -- by Politico."

Gee, that seems so out-of-character for a bunch of washed-up has-beens that couldn't make it at the Washington Post.

Yes left-wing Politico bloggers stirring the pot. Don't forget though on Beck's radio show. Beck was just using the whole matter to promote his new show for SE Cupp. Proving to me, Beck is about Beck and he's no friend to Palin.

And SE saying she would have defended Palin, oh like how she didn't defend Bristol with the free speech brohaha? Give me a break.

SE is just liberal RINO at best. And I'm done with Beck.