[On the President's budget] 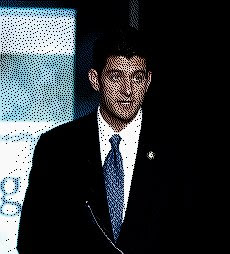 It has a $1.6 trillion tax increase. Doubles the debt in five years. Triples it in ten years. Adds $13 trillion in new debt over the course of his budget. Borrow, spend, tax -- and does nothing... let me repeat that... nothing to decrease the drivers of our debt. It adds to the problem.

His discretionary spending levels are way above what was recommended by the fiscal commission. And [it] was stacked with Democrats, so he's to the left of his fiscal commission, he's not addressing the debt and deficit crisis, and what this does for economic growth -- it costs us jobs... he's doubling down on what he's done the last two years. And, candidly, I thought we'd see... triangulation. A little moderation after the last election. And, unfortunately, he decided not to do that...

They see massive deficits, massive borrowing, no end in sight -- there's going to be another tax increase tomorrow on top of the other increases coming into law -- with much higher interest rates, because if we don't get this debt under control, interest goes up. We have to pay people more to lend us money.

...So to suggest that we're going to have these low interest rates forever with economic growth, I think... ignores the obvious.

[On the "continuing resolution" funding the implementation of Obamacare] 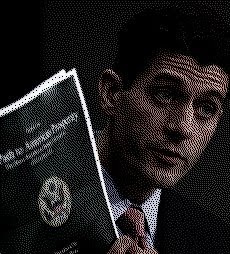 We're going to have an amendment on the floor to de-fund Obamacare... but more important... than that, the President wants to lock in these really inflated levels of spending. He increased spending 24% across the board... with the Stimulus an 84% increase... of domestic government agencies, so he wants to lock in those spending increases. And we're trying to take them back. That's what this whole fight's about.

For the rest of the fiscal year, we're going down to 2006, 2005 levels in some areas. And we want to put funding limits on bills, on agencies, that are in charge of implementing Obamacare. Now we're obviously going to have an impasse. Something tells me he's not going to sign our bill. So that's part of the impasse we're going to have, starting in March.

Then we go to our budget, which we write, where we show our vision for the government... the debt, the deficit, the economy, taxes... then, after that, sometime in May, this estimate moves around, we have a debt ceiling and we are not interested in rubber-stamping big government. We want to use that as leverage to get serious spending controls around big government as this debt ceiling is dealt with.

I asked the CBO for these numbers, I know them off the top of my head. My kids are 6, 7 and 9 years old... by the time my kids are my age -- I'm 41 -- I asked the CBO, "What will the future tax rates have to be if we don't get this debt under control?" And this was before the current budget, which makes it worse.

Look, the CBO -- their own economic model breaks down in 2037. Because the computer at the Congressional Budget Office basically says [it] can't conceive of the economy continuing past 2037 because of the strangulation of debt. Because of the debt burden.

So they think the economy crashes well before my kids are even raising their own kids.

Actually, don't thank me. Thank all of the Democrats who fell for the marketing hype and voted for this catastrophe.

The thing Obama has done best in his life is spend other people's money. And folks thought that pattern wouldn't change? And who'd have thought Dems would be mega enablers?
The whole thing is breath taking.