Newly released FBI files obtained by Judicial Watch reveal that the late Senator Ted Kennedy was quite the twisted leftist.

Judicial Watch, the public interest group that investigates and prosecutes government corruption, announced today that it has obtained previously redacted material from the Federal Bureau of Investigation (FBI) file of the late Senator Edward “Ted” Kennedy, who died in August 2009 from brain cancer. Judicial Watch obtained the records pursuant to a Freedom of Information Act lawsuit originally filed on June 9, 2010 (Judicial Watch v. FBI (Case No. 10-963)).

...The documents include a December 28, 1961, State Department memo describing a tour of several Latin American countries taken by then-Assistant District Attorney of Suffolk County Kennedy. This document as it was originally made public was almost completely redacted. After an initial challenge by Judicial Watch, a version with fewer redactions was released. Judicial Watch continued to argue that the blackouts were baseless and, after six more months, the FBI relented. Among the statements previously withheld but now made available to Judicial Watch:

• “While [the married] Kennedy was in Santiago he made arrangements to ‘rent’ a brothel for an entire night. Kennedy allegedly invited one of the Embassy chauffeurs to participate in the night’s activities.”
• “[I]n each country Kennedy insisted on interviewing ‘the angry young men’ of the country. He wanted to meet with communists and others who had left-wing views. …Ambassador Freeman, Bogota, said the first person whom Kennedy wanted to meet was Lauchlin Currie.” (The document subsequently identifies Currie as a person who “had been mentioned in Washington investigations of Soviet spy rings.”)
• “[I]n Mexico Kennedy asked Ambassador Mann that certain left-wingers be invited to the Embassy residence where interviews could be held. Mann took the strong position that he would not invite such people and stated that if any such interviews were to be conducted, all arrangements should be made by Kennedy himself.”

Kennedy had a troubling history apart from these incidents and, of course, Chappaquiddick. 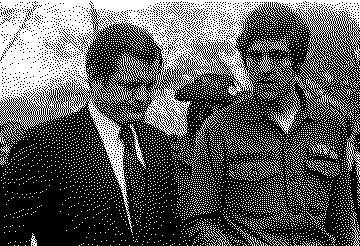 In 1992, after the fall of the Soviet Union, KGB files revealed that Kennedy had twice approached Soviet leaders with proposals that would boost his political aspirations while undermining American national security.

In 1978 Kennedy reportedly used a go-between to establish a relationship with the KGB in order to sabotage President Jimmy Carter's foreign policy efforts. Kennedy, of course, was interested in running against Carter in the 1980 primary.

Furthermore, Kennedy approached the Soviets with an offer to help undermine Ronald Reagan's 1984 presidential reelection campaign. Kennedy proposed a public relations blitz and mentioned his friends -- Walter Cronkite and Barbara Walters, by name -- as willing to assist in the propaganda effort.

That Kennedy is held out as some sort of heroic Democrat figure is an outrage. But it shows just how far afield the Party of Weakness and its media sycophants have wandered.

In the words of James Taranto, Mary Jo Kopechne could not be reached for comment.

This just confirms what was always quite evident. I too, could never understand the worship of him by his constituents. The whole family is repulsive to me and a blight on our nation actually.

Ted Kennedy is the perfect poster boy for the New England wing of the Democrat Party. Pompous, spoiled, superficial, strong-willed, vapid, and decomposing.

"Ted Kennedy Rent a Brothel" -could be a franchise?

Gee, what a shocker!

Add to this the seeming evidence that Teddy was ejected from this mortal coil not by natural death but by lethal injection (meant to shorten his suffering), and you have the picture of a miserable life.

Is there enough evidence yet for Congress to include a rider in the next Defense Appropriations bill directing that Kennedy's rotting corpse be disinterred and removed from the grounds of Arlington national Cemetery, which is a hallowed ground reserved for heroes and patriots?

Typical Democrat. Willing to sell out his own country for political gain.

I've been posting your link all over the Internet this afternoon.

It's no shock, but it is nice to know that all those years we saw our dad haranguing Cronkite for outrageous lies that he wasn't some raving kook. He was watching Truth die and he knew it.

wv:tomati Tomato, tomati, what's a few rotten ones among the bright and shining harvest of the American Dream? They'll salt the earth for their own ends.

I guess the only difference between Obama and Kennedy would be the whores...

How can you have a political party that consistently befriends our enemies?

BTW, remember Teddy handing off his legacy to Obama?

Need we speculate any further to convince us of what we already know?

So how do you people feel about Reagan selling weapons to a sworn enemy of the american people (Iran) to get money to run an illegal war to prop up a central american dictator?

you are either a dope or a commie.

Quoted from and Linked to at:
Teddy Kennedy Unmasked

The ground covering him is not as defiled as it will be when I can arrange my next visit.

Hopefully I'll manage this visit BEFORE my prostate enlarges - I won't need any "difficulty" or "delay" in accomplishing what I've gone there to do.

In any case, I'll dedicate the first splash with the words "this one's for Mary Jo..."

"Is there enough evidence yet for Congress to include a rider in the next Defense Appropriations bill directing that Kennedy's rotting corpse be disinterred and removed from the grounds of Arlington national Cemetery, which is a hallowed ground reserved for heroes and patriots?"

We COULD however chip in to get his headstone replaced with the proper porcelain fixture.

Does anyone need any further evidence that THESE PEOPLE ARE THE ENEMY!??!!

Doug, it's time to re-up this article!