Ohio Governor John Kasich: the Era of Having Public Sector Union Bosses Control the Budget Process Is At an End

The Chris Christie virus is spreading. And it would appear that Ohio's new Republican governor -- John Kasich -- has caught the bug. He's explicitly warned public sector unions that the days of their unaffordable compensation, benefits and pension packages are over.

A day after hundreds of public employees jammed the Statehouse to protest a bill they believe will kill their unions, Gov. John Kasich said he is working on an even-tougher version, one that would punish workers who go on strike. 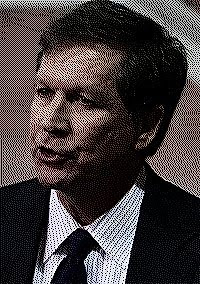 If the Republican-controlled legislature doesn't fashion a collective-bargaining reform bill to his liking, Kasich said yesterday, then he will include language in the coming state budget to enact the changes he wants... "We would outlaw strikes, and the penalties would either be firing or docked wages," the governor said.

Asked what recourse public union workers would have under his proposal, Kasich said, "They have a job. They should continue to negotiate and try to come up with something."

Kasich's statements underscored the resolve of Republicans, who enjoy hefty majorities in the House and Senate, to roll back the power of public-employee unions. On Wednesday, a Senate committee opened hearings on a measure sponsored by Sen. Shannon Jones, R-Springboro, to eliminate collective bargaining for all state workers and significantly weaken it at the local level.

... [The proposal] would prohibit all public employees, not just police and firefighters, from going on strike. Along with possible termination, workers could be fined two days' pay for every day they strike, and their unions could lose the right to deduct dues from paychecks... Kasich restated his intent to eliminate binding arbitration, the use of outside arbitrators to break contract stalemates with public-safety forces...

You may remember Kasich from his days in Congress. When Democrats crow about "the Clinton surplus" they are really complimenting Kasich and his band of fiscal conservatives who kept shoving sensible spending bills into Clinton's hands to sign. Which he did. After the '94 mid-term debacle, Clinton wasn't willing to expend much political capital fighting Kasich's crew.

And Kasich's common sense approach to dealing with unions is precisely what is needed now. The nefarious anti-taxpayer alliance of big government Democrats and public sector union bosses has run its course, economically and ethically. The unions must be shattered once and for all.

There is no alternative if fiscal sanity is to be restored.

The monster needs to be put back in its cage, but make no mistake, it was society that caused the mess in the first place and now that it jumps up to bite them they suddenly claim innocence.

Underpaying teachers and offering benefits in lieu of an adequate salary for decades forced them to unionize. As Pogo says...

I remember Kasich from his days helping run Lehman Brothers into the ground while plundering the average working man.

@Mike, yes, I'm sure John Kasich was responsible for Lehman's fall in his two-man office in Columbus, Ohio.

Ever heard of Fannie Mae or Freddie Mac?

For the first time in my adult life I am proud of my state...

This is a big lie. Unions are not the cause of the current budget problems in the state but rather the victims of it. Ohio's communities, schools, and university's were solvent until they were robbed by Wall Street. Now the state's Republican leaders are using this crime as an excuse to declare war on working people. Sure, we can balance the budget by taking money and rights away from public sector workers--for about a minute. But, cuts to workers quickly means cuts to the spending of those workers. Cuts to spending in the state leads to cuts in the sales and income for businesses in the state, including those much touted small businesses. How will this lead to recovery?

How about addressing the problem by seeking to return the money stolen from the state and its workers instead of crippling the economic recovery in the state by taking money out of the pockets of workers who did not cause these economic problems? If Republicans can talk of suing the federal government over health-insurance mandates, why can't they talk of suing Goldman Sachs and the other Wall Street robber baron firms to recover losses from their "ponzi scheme securities" disguised as legitimate investments?

BTW, unions are not "monsters" that need to be caged. Somehow you've been hoodwinked into thinking workers don't deserve a decent share of the nation's wealth. As a result, you look at someone who can retire after working thirty years without living in poverty and say the union that fought to get that right is a monster. My mother worked for twenty years in a non-union factory. The owner who pulled fans off his workers in summer to put on his prize cattle--that's a monster.

Wake-up and smell the real re-distribution of wealth! Wealth hasn't been flowing to union workers during the last thirty years, dude. The class war is over and the middle class. You're being punked if you think the answer to our problems is attacking public sector workers.

I am a teacher in Ohio and I do back John Kasich and the work the Ohio legislature is doing. I don't want to belong to a union whose views are so vastly different from my own...but I can't get out of it, I still have to pay the entire dues even though I am not a member. I find it very disturbing that the public sector unions what the taxpayers to bear the brunt of everything so the public employees don't have to lose any thing when the tax payers have already taken cuts in pay and many pay 100% of things such as health care. Public employees have become very self centered.

I noticed in Kasich's profile that his father was a mail carrier. Don't mail carriers work for the federal government? Doesn't that make him a union employee? As one, he and his family got 'those hefty' compensation packages and benefits -that Kasich is now denying Ohio government workers?...hmmm...oh i bet the election results would be a lot different in Ohio if taken now.