Corporate relocation specialist Joe Vranich tracks businesses moving into and out of California. Given the current climate, he's only seeing the latter. In the first five weeks of 2011 alone, he's watched 30 corporations move to greener pastures. 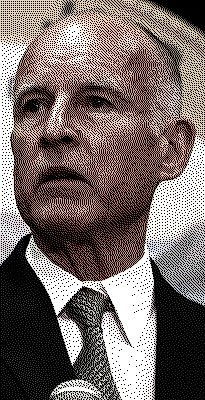 The newest trend Vranich is reporting: employees asking management to move out of state. Some business owners tell Vranich they were unconvinced about moving until they were persuaded by employees to leave.

Vranich lists a variety of reasons owners have had enough with California, from which I created a "top 10".

9 - Hostility from government agencies — local, county and state employees often view business owners as “the enemy,” according to Vranich’s clients.

7 - Extravagant state spending with no end in sight.

6 - Unfriendly business environment — California is ranked 51st (even behind D.C.) in the country for being a “business friendly state.”

5 - High cost of doing business within California’s cities, which are some of the highest in the nation.

3 - California’s Alternative Minimum Tax (AMT is 6.65 percent for business and 7.25 percent for individuals).

2 - Litigious environment in California — businesses can be sued for just about anything. 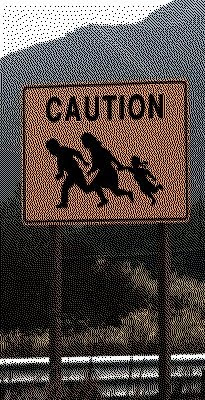 California, led for decades by the locusts known as Democrats, is headed down the drain. The voters' decision to reelect a two-time failure as governor cemented its fate. Jerry Brown won't stand up to the monstrous public sector unions that bought him the governorship -- and he can't fix the problems confronting the state without nuking the public sector unions. More than two-thirds of the state's entire budget goes to salaries and benefits.

The average total compensation for an employee of the state of California is $106,000 a year. And the state retirement system (CalPERS) shows that the average defined benefit pension is $67,000 a year for a 30-year employee.

Fraud and abuse of the taxpayer is rife throughout state government. The Los Angeles Times recently reported that "[n]early three-quarters of Los Angeles County firefighters and lifeguards who retired in the last three years successfully claimed they were disabled on the job and won enhanced pension benefits."

The very same week the San Francisco Chronicle noted that , "In the game of megabuck public paychecks, outgoing San Francisco police brass are hauling away the gold... former Police Chief Heather Fong – who retired in 2009 – received a grand total of $528,595 in her final year. ... Now that she's gone, she's pulling down an annual pension of $229,500 for life."

I don't begrudge any cop or firefighter gold-plated benefits. But their benefits have to be rooted in reality, not fantasy. Californians' failure to deal the public sector unions a collective blow by electing fiscal conservatives will only delay and amplify the pain they'll feel.

The collapse of California's finances will come quickly and by surprise. But it will come, probably far sooner than anyone thinks.

"The collapse of California's finances will come quickly and by surprise. But it will come, probably far sooner than anyone thinks."

And, when it happens, the rest of us will have to pick up the tab.

I have a GPz 750 and some homemade armor stashed away for times like these...

A state became one by a vote of the people in the proposed state. Is it possible for the rest of the country to vote on removing one?