Hey, Democrats: We'll Trade You a Clarence Thomas Recusal for an Elena Kagan One

They just don't get it.

Just a few months ago, we levied a massive, historic election defeat upon Democrats that reflected, in large part, the citizens' visceral anger with Obamacare. The individual mandate lynchpin of their health care takeover has been ruled unconstitutional by two federal judges and completely voided to boot. And still the Statist Democrats persist. They just can't stop themselves from destroying the country no matter what the people think.

A group of 73 House Democrats on Wednesday demanded U.S. Supreme Court Justice Clarence Thomas recuse himself from any case examining the constitutionality of healthcare reform... Rep. Anthony Weiner (D-N.Y.) and 72 other colleagues wrote Thomas on Wednesday to ask him to sit out any Supreme Court review of President Obama's healthcare law, citing the work by Thomas's wife on behalf of efforts opposing that healthcare law. 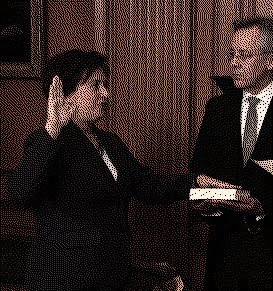 Let me guess: all 73 are members of the "Progressive Caucus" -- which is a nice term for Democrats who took an oath to uphold a document they believe means whatever they want it to mean.

Consider Elena Kagan, probably the most radical Supreme Court Justice in history (thanks, Lindsey Graham); she believes that the Constitution somehow grants the federal government the right to ban books and compel citizens to eat certain foods. And, no, I'm not kidding though I wish I was.

Kagan is the one justice who should recuse herself, given her work in the Obama administration as solicitor general.

Better still, how about we ask all Marxists progressives to recuse themselves from the Supreme Court and Congress since there's no possible way they could have honestly taken an oath to uphold a document they believe is a joke.

Re: Title. Uhhh, actually, no. The Kagan recusal is called for. The Thomas recusal is not. No quarter means not falling for the false relativism.

Kagan has recused herself from cases she dealt with as solicitor general. Thomas' wife has made mucho money from lobbying against the healthcare bill and spoken against it publicly, saying she has special influence. The key is avoiding the appearance of impropriety.

Have you paid your debts yet or are you ignoring that and pretending that you never promised to pay $1,400 for lies spread by fox news.

You should be ashamed of yourself.

Also, please feel free to delete this comment if you are worried about being exposed as a liar.