Earth to the Republican Party: Ronald Reagan called and he wants his party back.

Both Republicans and Democrats alike were stunned when a write-in candidate trounced the establishment picks for their respective parties in a state senate race last week. 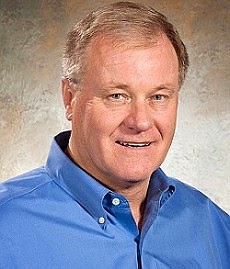 The Republican Tea Party candidate, Scott Wagner, garnered 48 percent of the vote in Pennsylvania, as compared to the meager totals by the establishment Republican (27 percent) and the Democrat (26 percent).

Out of more than 22,000 votes cast, Wagner garnered 10,654 write-in ballots. This marks the first time in state history that a write-in candidate has won a state senate seat.

To be honest, this kind of shellacking from a write-in candidate is virtually unheard of anywhere in the country. It takes a huge volunteer effort to run against one’s own party, and this recent coup shows that the angst against tone deaf Republican establishment types is substantially growing.

Not surprisingly, GOP officials have ruthlessly attacked Tea Party candidates around the nation, as they almost always run in Republican primaries.

Senate Minority Leader Mitch McConnell (R-KY) told the New York Times recently that Republicans are going to “crush” the Tea Party everywhere. “I don’t think they are going to have a single nominee anywhere in the country,” he said.

Never mind the fact that four of the most popular Senators in the country -- Ted Cruz of Texas, Mike Lee of Utah, Rand Paul of Kentucky and Marco Rubio of Florida -- were Tea Party-backed candidates when they first got elected.

And ignore the fact that a write-in Tea Party candidate just won his race in Pennsylvania.

In that state senate race, the establishment Republicans were attacking Wagner for being an “environmental violator.”

Yes, you read that right. Republicans were attacking one of their own for running a trash hauling company (which is a job creator) and painting the owner as a polluter of the environment.

So Republicans are now borrowing talking points from Democrats?

The reality is that Tea Party candidates are almost universally pro-gun and support limited government. It’s no wonder that they are so hated by the liberal establishment in Washington, DC.

Heck, to listen to the liberal media, and to Senators like Mitch McConnell, one would think that Tea Party challengers don’t stand a chance anywhere around the country.

But outside observers are starting to publicly ask if the Pennsylvania tsunami might have “national implications” that should worry the establishment of both parties.

Time will tell. But gun owners and supporters of limited government should not be discouraged by the dire warnings being issued by the liberal media, saying that good constitutional candidates have no chance of winning.

After all, the liberal media didn’t foresee a write-in candidate trouncing his establishment nemesis in the state senate race in the Keystone State.

And you know what, they didn’t foresee a former actor with conservative credentials becoming President of the United States. But Ronald Reagan just ignored the liberal media and stuck to his guns.

Likewise, Americans who support the Constitution should follow his lead and stick to their principles, as well.

Erich Pratt is the Director of Communications for Gun Owners of America.

One doesn't screw with the American people. We took our liberty from England, nuked Japan and turned Europe into rubble. May this giant rise again in fierce anger and in the name of all that is good.

May the United States of America return to being the land of the free. England has given up the ghost. Don't stop resisting attacks on 1st and 2nd amendments. As always, England will come to rely on YOU to bail us out.