RED SCREEN OF DEATH: White House Plans to Turn Over Control of Internet to Totalitarian Regimes

Error 404: U.S. officials plan to relinquish federal control over the administration of the Internet to something called the "global Internet community," which is full of tyrants to whom the free flow of information is a threat. 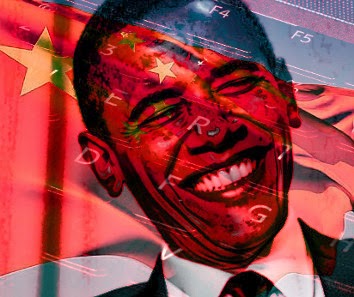 In the wake of the NSA surveillance scandal, some might not be inclined to defend federal involvement in anything related to the flow of information between individuals.

But the decision announced Friday by the Commerce Department to give up next year its oversight of Icann, the Internet Corporation for Assigned Names and Numbers, to the "global Internet community" is a bad idea.

Under a Commerce Department contract, Icann has issued domain names since 2000. But the Los Angeles-based nonprofit has worked, encouraged by states and groups not necessarily dedicated to free expression, to transform itself into a global organization free of U.S. ties.

Since at least 2004, the International Telecommunications Union (ITU) has tried repeatedly to wrest power from Icann. During a meeting in Dubai last year, the ITU, the telecom branch of the United Nations, demanded rules governing the Internet be rewritten. It proposed inspection authority that would allow it to monitor and censor otherwise encrypted content on the Internet.

In 2008, the Internet trade journal Cnet reported the ITU was quietly drafting technical standards, proposed by the Chinese government, to define methods of tracing the original source of Internet communications and potentially curbing the ability of users to remain anonymous. Regimes in places such as Russia and Iran also want an ITU rule letting them monitor traffic routed through or to their countries, allowing them to eavesdrop or block access.

The Obama administration calls the move to relinquish Internet oversight the "multi-stakeholder model of Internet governance," as announced by Lawrence E. Strickling, assistant secretary of commerce for communications and information. "We look forward to Icann convening stakeholders across the global Internet community to craft an appropriate transition plan."

Hamadoun Toure, secretary-general of the ITU, released a report in May 2013 outlining groundwork for Internet governance and regulatory topics. The report calls for the creation of "global principles for the governance and use of the Internet" and proposes the resolution of issues pertaining to "use of Internet resources for purposes that are inconsistent with international peace, stability and security."

Just what does using the Internet in ways "inconsistent with international peace, stability and security" mean?

Would it mean a Ukrainian sending tweets telling Moscow to get out of Crimea or creating a blog documenting the assault on Ukrainian sovereignty?

Before Russia invaded Georgia in 2008, Moscow launched attacks against its Internet infrastructure with coordinated barrages of millions of requests, known as distributed denial-of-service attacks, which overloaded and effectively shut down Georgian servers.

Today, the largely self-regulating Internet means no one has to ask for permission to launch a site and no government can tell network operators how to do their jobs. The Internet freely crosses international boundaries, making it difficult for governments to censor. To many governments, the Internet is a threat to statist goals.

"While I certainly agree our nation must stridently review our procedures regarding surveillance in light of the NSA controversy, to put ourselves in a situation where censorship-laden governments like China or Russia could take a firm hold on the Internet itself is truly a scary thought," Sen. Tim Scott, R-S.C., says in Politico.

I think your blog is one of the top conservatarian blogs out there and I put you in my links. Keep up the good work. http://the-paste.blogspot.com/ , http://thedailysmug.blogspot.com/

The internet has become a threat to power hungry dictators all over the world. Including the United States. What better way to destroy it with plausible denial than to turn it over to those "other guys". That's the ticket, it's their fault.

There is no good that can come of this. Of course, he released it in a Friday dump.