This may not be a deal-breaker for conservatives regarding Rick Perry, but it's walking damn close to the edge. 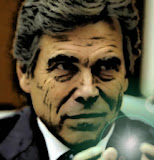 McConnell finds himself in a GOP primary fight with wealthy businessman Matt Bevin, who attended the event but wasn’t allowed to speak.

“I love the number six,” Perry told the crowd at the Lincoln Reagan Dinner of West Kentucky. “Sam Houston was 6 foot 6 inches tall. And Mitch McConnell is going to be in his sixth term as United States senator.” 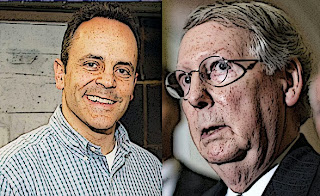 Isn't 30 years of Beltway banditry including a track record of duplicity, support for Amnesty, and outright hatred of conservatism sufficient?

I've got a better idea.

I say we fire the hapless, feckless, unprincipled, marble-mouthed Mitch McConnell, a man who absolutely loathes Reagan conservatives and who possesses all the charisma and eloquence of a wilted shrub.

It's time for a Kentucky conservative. I support Matt Bevin for Senate. I hope you will too.

Perry's always been walking a tight rope when it comes to being presidential material. Omitting all the bull from the left and his turn around on some issues I still don't trust him. His opinion on this issue (totally un-necessary) just adds to my distrust. His response on this just takes him closer to being a GOP elitist insider the last thing we need as a president.

Obviously a sign he's planning to run in 2016, and is hoping for McConnell's support in return. Not really all that significant, nor even noteworthy. McConnell will doubtless win his primary, but he very possibly might lose in the general election to Allison Lundergan Grimes The Tea Party just isn't as strong in Kentucky as it was when it helped elect Rand Paul. The last gubernatorial election is testament to that fact..