QUOTE O' THE DAY: Delusional or Irrational, There Can Be Only One

Democrat Senate Majority Leader Harry Reid's latest bizarre assertion is troubling on many levels. His statement that he never called those who had lost their health care thanks to Obamacare liars -- after he clearly and publicly did so -- can be explained in only one of two ways. If he believes his latest statement, he's clearly delusional. Or, he's an irrational liar. Either way, we lose.

But Rep. Trey Gowdy (R-SC) said it better than I could. 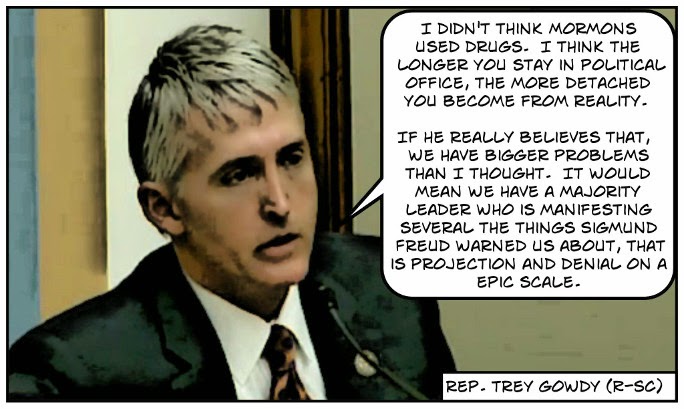