Now if I just had an overlay of mobile homes in the U.S. to compare this to...

NOAA's Storm Prediction Center website has historical data about tornadoes, and they've even plotted the data on a map... 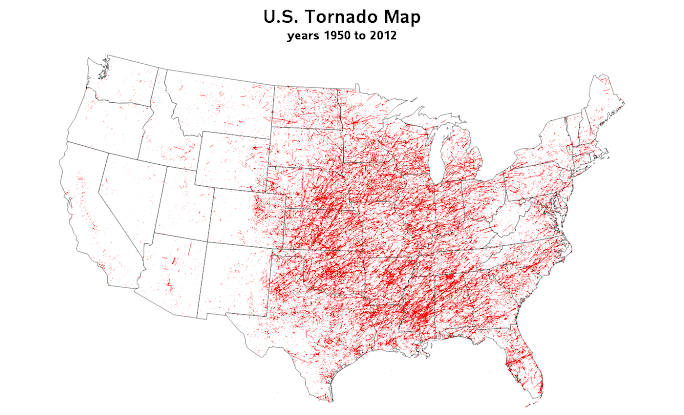 I make the state borders gray, rather than black, to de-emphasize them -- the red tornado data is the most important thing, and should stand out the most.

Yet another reason to live in the Florida Keys.

at 8:04 PM
Email ThisBlogThis!Share to TwitterShare to FacebookShare to Pinterest
Labels: Climate, Scitech