ANOTHER DAY, ANOTHER HARRY REID GAFFE: Obamacare Site is Fine, Clueless Americans Don't Know How to Use Internet

It’s not that HealthCare.gov is a nightmare. Instead, it’s the fault of incompetent Americans. 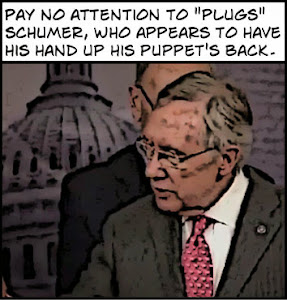 That’s the jist of what Senate majority leader Harry Reid (D–Nev.) said today, when asked by a reporter about the Obama administration’s decision, which was reported on last night, that people could claim they had tried to sign up before the March 31st deadline and still enroll in Obamacare in April.

“There’s no hiccup or delay,” Reid said. “We have hundreds of thousands of people who tried to sign up and they didn’t get through.”

Noting that everyone could use the Internet “like my grandchildren who can handle everything so easily on the Internet,” Reid talked about people who “need a little extra time.”

“The example they gave,” he added, referring to a Connecticut public radio station’s broadcast, “is a 63-year-old woman came into the store and said, ‘I almost got it. But every time I just about got there, it would cut me off.’ We have a lot of people just like this, through no fault of the Internet, but because people are not educated on how to use the Internet.”