I have a new favorite word – smutmonger. After reading countless stories about the “recovered” Clinton smutmongerer David Brock today, I found it ironic that the one blasting smutmongers runs a super PAC with the sole mission of tracking candidates to smutmonger them. Guess I shouldn’t be surprised reporters have left that out of their reporting. 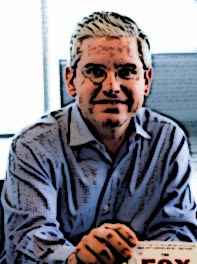 SHOT: Politico: David Brock blasts ‘political smutmongers’
Brock: “Call off the political smutmongers,” he said, according to a prepared copy of the speech released by his team. “…Give the American people the presidential campaign they deserve, one based on real issues and on the public record. Ask —‘is it relevant to someone’s performance in public office?’ —before attacking.”

CHASER: NYT: Trailing G.O.P. With Cameras, Seeking Gaffes
Aaron Fielding quietly stalks his prey — Republicans — with his video camera, patiently waiting for a political moment worthy of YouTube. At 27, he is a full-time “tracker” for American Bridge 21st Century, a new Democratic organization that aims to record every handshake, every utterance by Republican candidates in 2011 and 2012, looking for gotcha moments that could derail political ambitions or provide fodder for television advertisements by liberal groups next year.