In the unusual case of the missing Flight 370, [mapping firm] DigitalGlobe is gathering as much human-created data as possible through the crowdsourcing model. 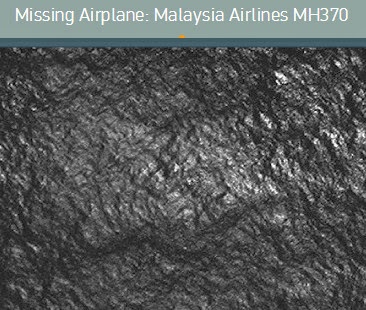 "On Tomnod.com, any person can go and just look at photos in the grid, and you're supposed to flag anything that looks interesting," Hardman said. "The problem is, humans can see lots of things, but they might not always be the right things. For example, someone may see something they think is unusual, but it's really just some floating garbage or a whitecap wave that may look a little suspicious.

"So what [DigitalGlobe] does is get the input of many thousands of people, run it through big data filters on the back end that say things like: 'Are there areas of the Indian Ocean where a lot of people have flagged an item of interest?' They then do cluster analysis on that. Then, experts in search-and-rescue may say, 'There's a hot spot, go fly over this.'"

As of 2 p.m. Pacific time March 15, the free-to-use Tomnod.com site indicated that 421,338 photos -- each showing an area about 1,000 to 2,000 feet wide of the Indian Ocean -- have been produced and entered into the analytics engine... "I don't know what size grid that ends up being, but it's a wide, wide area of the western side of the search," Hardman said.

As of March 15, the search was still on, with many thousands of human eyes -- and a very high-powered photo/data analytics engine -- trying to solve the mystery of the missing airliner.

Rather than using brute force crowd-sourcing, the U.S. Navy has an excellent track record of employing a diverse team of experts to find the lost: 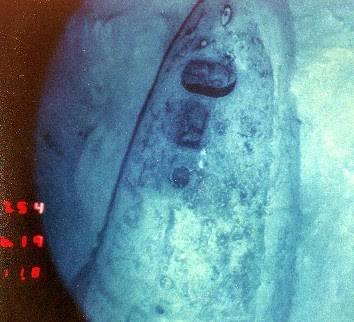 ...naval strategists have been unraveling lost-at-sea mysteries as far back as the U-boat battles of World War II, and perhaps most dramatically in 1968, when an intelligence team found the submarine Scorpion, which sank in the North Atlantic after losing contact under equally baffling circumstances. "The same approach we used with Scorpion could be applied in this case and should be," says John P. Craven who helped pioneer the use of Bayesian search techniques to locate objects lost at sea.

... forecasters draw on expertise from diverse but relevant areas — in the case of finding a submarine, say, submarine command, ocean salvage, and oceanography experts, as well as physicists and engineers. Each would make an educated guess as to where the ship is, based on different scenarios: the sub was attacked; a torpedo activated onboard; a battery exploded. Craven's work was instrumental in the Navy's search for the missing hydrogen bomb that had been lost in the Mediterranean Sea, off the coast of Spain in 1966 and this is how Craven located the Scorpion. "I knew these guys and I gave probability scores to each scenario they came up with," says Craven. The men bet bottles of Chivas Regal to keep matters interesting, and after some statistical analysis, Craven zeroed in on a point about 400 miles from the Azores, near the Sargasso Sea. The sub was found about 200 yards away.

One can only hope and pray that the plane is found and that the passengers are safe.

Its a good thing that people are getting this experience. When Barry cuts and runs from the Country we can track his plane and make sure he's extradited back to the United States for trial.