Defense Spending: Two more weapons systems, including the Navy's premier attack missile, have been targeted for elimination by the administration years before their usefulness ends or replacements are ready. 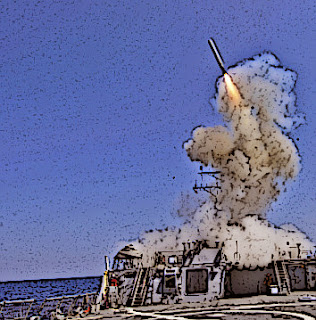 How ironic that Nobel Peace Prize Laureate Barack Obama used the Tomahawk missile he now seeks to scrap as his weapon of choice when on March 19, 2011, he launched Operation Odyssey Dawn and fired 112 Tomahawks at Libyan targets to enforce a U.N.-backed no fly-zone in support of Libyan rebels fighting Moammar Gadhafi.

Future presidents will not be able to carry such a big stick. Along with the Hellfire air-to-ground attack missile, the Tomahawk is considered by the administration to be one of those Cold War weapons no longer needed.

Under Obama's budget proposals, the Navy, which as recently as last year had plans to buy 980 more Tomahawks, the primary cruise missile used throughout the fleet, will see purchases drop from 196 last year to just 100 in 2015. The number will then drop to zero in 2016.

The U.S. used 220 Tomahawks in the fight with Libya, according to the Washington Free Beacon. With the States using about 100 Tomahawks annually, our inventory will be depleted around 2018. No future purchases are planned, and no replacement is in the pipeline.

"It doesn't make sense," Seth Cropsey, director of the Hudson Institute's Center for American Seapower, told the Free Beacon. The move, he said, is "like running a white flag up on a very tall flagpole and saying, 'We are ready to be walked on.'"

If someone were trying to "reduce the U.S. ability to shape events" in the world, Cropsey added, "they couldn't find a better way than depriving the U.S. fleet of Tomahawks. It's breathtaking."

These moves are the latest in a series of cancellations of major weapons systems and plans that in the past have included abandonment of missile defense and planned sites in Poland and the Czech Republic and the cancellation of future orders of the F-22 Raptor, a stealth fighter that many consider to be the best air-superiority fighter ever built.

We have noted administration plans to cut U.S. troop levels to pre-World War II levels. Army Chief of Staff Ray Odierno, the former top U.S. general in Iraq, testified last September before the House Armed Services Committee that "these reductions will put at substantial risk our ability to conduct even one sustained major combat operation."

Writing in the New York Times, Steve Cohen, a former director of the U.S. Naval Institute, noted that the days of President Ronald Reagan's 600-ship Navy, which helped stymie Soviet expansionism and win the Cold War, is no more than a fond memory.

"With the U.S. Navy arguably at its smallest since 1917, we don't have many ships that are actually at sea," Cohen says. "Only 35% of the Navy's entire fleet is deployed, fewer than 100 ships."

U.S. air power has also been a target of the Obama administration. In June of last year, David A. Deptula, a retired Air Force three-star general and senior military scholar at the Air Force Academy, warned that "in the Air Force alone, more than 30 squadrons are now grounded, along with air crews and maintenance and training personnel."

In an interview with Dutch newspaper de Volkskrant, President Obama told our European allies they'd better ramp up their own defenses because, he said in a monumental understatement, "in the United States, after two wars, we are moving toward a leaner military."

No wonder Vladimir Putin is smiling.

Seth, it makes a lot of sense - if you hate America like Barack Obama and his commmie mommy Valerie Jarrett.

In agreement with the FineReport above, it makes perfect sense if you will accept the malice behind the policy. Valerie hates us, the progressive left has always hated us, Barack is the lens through which they focus.

a quote:
It would have been a sharper lesson, if only you had given me a little more time and more Men. Still I have already done much that you will find it hard to mend or undo in your lives. And it will be pleasant to think of that and set it against my injuries.'

Complete nonsense - utter hyperbole. 7 days ago the US Navy announced plans for next-generation missile. According to the USN, they have a stockpile of Tomahawks - more than enough for extended conflict. See Reuters newswire report on USN announcement for bidding on the new system - http://ow.ly/vaqju