MADISON, Wis. — We are fully aware of who Wisconsin Reporter is. 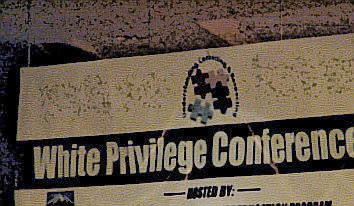 Stephanie Puentes tried to keep the smile from stretching across her face as she made that comment Thursday after denying my request to cover the White Privilege Conference here in Madison.

When I came back Friday morning, Puentes, a conference media representative, clearly seemed agitated. Puentes told me she was quite familiar with the previous stories I had done leading up to the seminar, which examines the concept that minorities may not be afforded the same privileges as white people.

And, again, she wouldn’t let me in.

Did it have anything to do with the story I wrote in early February, disclosing that taxpayers are underwriting at least $20,000 — and likely much more — of the cost of the forum at the Monona Terrace Community and Convention Center?

Or maybe it was because of my other piece Wednesday quoting Niger Innis, national spokesman for the Congress of Racial Equality, who called the White Privilege Conference an irrelevant and frivolous waste of taxpayer money.

Puentes insisted I wasn’t allowed in because I had not registered online in advance or called the conference’s offices ahead of time to make arrangements.

White Privilege Conference officials have failed to make themselves available for comment when I’ve attempted to contact them for past stories. How was I supposed to make arrangements when nobody would return my calls and talk to me?

It also didn’t help the conference’s website doesn’t include a section for media registration.

I tried to register in person Wednesday afternoon but was told by Monona Terrace staff that convention officials were busy setting up at a different location and that I should return Thursday.

That’s what I did, but apparently I was too late.

No other media outlets signed up to cover the event, according to Puentes.

After telling Puentes that I was more than willing to pay the full registration fee, I pleaded to be let in because taxpayers should be given the opportunity to know how their dollars are being spent. And as a Madison taxpayer myself, I want those answers, too.

Puentes responded that she considers the seminar to be private.

“This is a private conference, being run by the (White Privilege Conference), and it’s paid for through registration money … it’s not public money in the sense that we’ve received grants or we are being funded by the university or any public money like that,” Puentes said.

The White Privilege Conference is slated to get $18,375 from the Monona Terrace booking event assistance account, which is comprised of local hotel room tax revenue.

The city of Madison, Janesville School District, UW-Madison, UW-Eau Claire, Madison Area Technical College and other publicly funded institutions also are spending tens of thousands of dollars in registration and sponsorship fees to send several hundred people to the convention.

The White Privilege Conference, now in its 15th year, is built on the premise the United States was started by white people for white people. It tries to attract teachers, university faculty, activists, government officials and students to “dismantle this system of white supremacy, white privilege and oppression.”

Come to think of it, maybe their unwillingness to grant me access was their way of dismantling my white privilege.