DEMOCRATS AND THE GOP ESTABLISHMENT ALLY TO CRUSH CONSERVATIVES: Part One of a Three Part Series


Series Abstract: Karl Rove’s targeting of Michigan Congressman Justin Amash as “the most liberal Republican” in Congress signals the GOP Establishment’s plan to cull out the most conservative Republican office-holders from the GOP herd. The bipartisan nature of that effort is illustrated in the Democrat funding behind the (Republican) Main Street led by former nine-term Republican Congressman Steve LaTourette.

The tension between the conservative and moderate wings of the Republican Party that began soon after the 2010 midterm elections has now escalated to open political warfare.

In the run-up to the 2012 elections, the conflict was largely clandestine, with the exception of the dust-ups surrounding a few Republican Senatorial candidates, including Todd Akin of Missouri and Christine O’Donnell of Delaware.

But, in 2012, other largely unreported scraps between the GOP Establishment and Tea Party-friendly candidates happened at the county, state and national levels of the Republican Party apparatus. A Tea Party website prominent in Texas documented several of those engagements in Michigan, Texas, Nevada, Pennsylvania, Illinois, and in Western and Eastern states.

Now, as the 2014 midterm elections approach, the tension between the dueling wings of the GOP has advanced into open political warfare, in large part thanks to Karl Rove.

Back in August 2012, we asked here: “Who appointed Bush’s Architect the GOP Gatekeeper?” We can now answer that question: Significant business interests that push their candidate preferences with political donations, often to Political Action Committees (PACs) and Super PACs, coupled with the lobbying efforts of the U.S. Chamber of Commerce.

Along those battle lines, The Hill reported on November 10, 2013 that, “Business leaders [referring to seven persons in Grand Rapids, MI] are plotting to take down Rep. Justin Amash (R-Mich.) as part of a broader effort to punish lawmakers over the government shutdown.”

In reality, though, the issue isn’t the government shutdown. It’s about national governing ideology and raw political power. 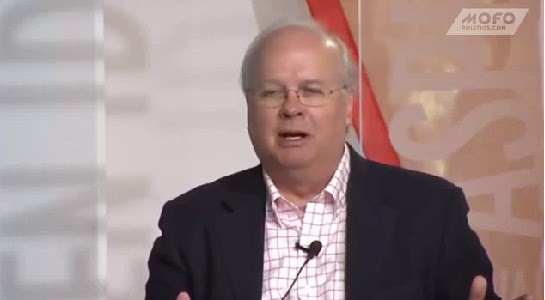 Rove Transcript: “National Journal put out its ratings of the most liberal-to-conservative Republican: The most liberal Republican is Justin Amash of Michigan. Far more liberal than any other Republican.  And why? Because he is a one-hundred present purist Libertarian.  And if it’s not entirely perfect, I’m voting with Nancy Pelosi, which is how he gets up with all these liberal ratings. I vote ‘No’ because unless my side has something that’s completely one-hundred percent perfect, I’m voting with the bad guys.”

So, according to Rove, Amash is an oxymoron – a liberal libertarian. Like a jumbo shrimp.

Rove’s comment aligns with the opinion expressed by GOP 2008 Presidential Candidate John McCain on the floor of the U.S. Senate when, in July 2011, he called fellow Republicans opposed to raising the debt level “tea party hobbits.”  The idea that voters would approve a government shutdown over an increase in the debt level is, McCain said, “the kind of crack political thinking that turned Sharron Angle and Christine O’Donnell into GOP Senate nominees.”

A March 2013 Huffington Post article stated that when a reporter asked McCain whether Sen. Rand Paul, Sen. Ted Cruz, and Rep. Justin Amash are a “…positive force in the GOP, McCain paused for a full six seconds. Then he responded, ‘They were elected, nobody believes that there was a corrupt election, [or] anything else,’ McCain said. ‘But I also think that when, you know, it's always the wacko birds on the right and left that get the media megaphone. I think it can be harmful if there is a belief among the American people that those people are reflective of the views of the majority of Republicans. They're not.’” 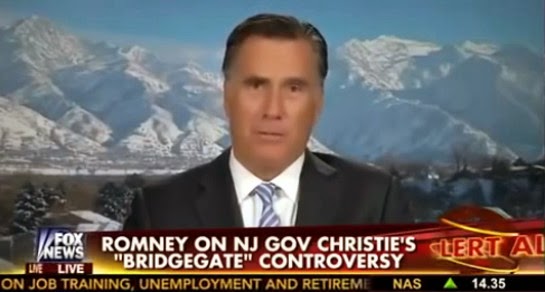 Romney: We got some terrific people, in my view, who are lining up to potentially look at 2016. I mean, you know, Paul Ryan will always be first and foremost in my mind given an extraordinary campaign that we worked on together, and his leadership in Washington. But Jeb Bush may get in. Mike Huckabee might come back. Scott Walker in Wisconsin could run. John Kasich in Ohio…

Cavuto: But Paul Ryan is your guy if he were to run.

Romney: Well, I’m not going to choose favorites. I don’t intend at this point to endorse anybody in the campaign until the primary’s over. But I start by mentioning Paul Ryan because we’re very close friends…

Romney: Well, you know, they represent different parts of the party.  I mean to give them a chance to express their views. But I think we are going to be best if we can unify behind a leader of the party who represents as broad a portion of the party as possible.

That’s an interesting analysis from a candidate whose campaign convinced several million Republican conservatives to not vote in 2012.

As the GOP Establishment prepares to transition from hindering Tea Party-backed candidates to actively supporting moderate candidates chosen to replace conservative incumbents, the outlets for campaign funding may be moving, too.

“A quiet but intense struggle over money and influence is roiling the Republican Party just as the 2014 election season is getting underway. At least a dozen ‘super PACs’ are setting up to back individual Republican candidates for the United States Senate, challenging the strategic and financial dominance that Karl Rove and the group he co-founded, American Crossroads, have enjoyed ever since the Supreme Court’s Citizens United decision in 2010 cleared the way for unlimited independent spending.”

The fund-raising engine that was Rove’s American Crossroads super-PAC may be sputtering. In the 2012 election cycle it raised $117,474,408.  To date, that number for the 2014 cycle is $3,647,549.  As the New York Times article implies, that could reflect a move away from Rove’s enterprise. On the other hand, it may be a dispersed reallocation toward pre-selected races. In other words, a shift in funding strategy designed to yield better results.

Its leader, former nine-term Ohio Congressman Steve LaTourette, has singled out Amash and another conservative Michigan Congressman for defeat in November.

LaTourette and the Main Street Partnership will be the focus of Part II: A New York Times “Top General” in the GOP Establishment’s War on conservative extremists

We have met the enemy and he is us.

it's a bunch of old men that are rich from fleecing the tax payer for so long and they are scared to death of the newer younger ideas that are coming from the tea party cause people are sick of the government taking every penny they earn.