President Obama appeared recently on Telemundo and fielded call-in questions. A man who earned $36,000-a-year (and asked his question in Spanish -- but that for another day) had seen his health care premiums skyrocket under Obamacare. He complained that he simply couldn't afford Obamacare. Obama offered the following brilliant riposte to the caller:

If you looked at their cable bill, their telephone, their cell phone bill… it may turn out that, it’s just they haven’t prioritized health care. Because right now they're healthy. 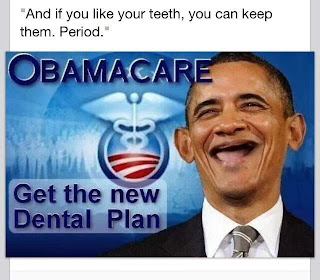 So now we have Obama lecturing a man who earns $36,000 a year on balancing his budget, Mr. Producer!

Has Obama ever balanced a budget in his life?

Does Obama make choices like this for the country? Does he ever say, "You know what, we've got to control -- once and for all our debt -- and therefore, you know, it's just like a family. It's just like a budget. You look at the cable bill, you look at their cell phone bill, other things they're spending money on... and it may turn out that they haven't prioritized health care because everyone's healthy."

Does he ever say anything like that about himself? Or our spendthrift federal government? Never.

A caller to the show that night had another interesting point: why the hell should anyone buy insurance until they're sick?

After all, Obamacare's big claim to fame is coverage for pre-existing conditions. Which, of course, isn't insurance, it's something else. Big government, monolithic, authoritarian, bankruptcy-inducing madness. But not insurance.

Obama being in the same room as the word 'budget' is a joke.

You know I hate to LOL.