You can't get four of five Americans to agree what color the sky is, so this is strong evidence that the vast majority of citizens still love and respect the franchise. 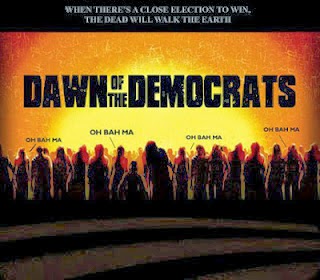 A federal judge last week upheld the right of states to require proof of citizenship before allowing someone to register to vote. Voters continue to overwhelmingly support such a requirement.

A new Rasmussen Reports national telephone survey finds that 78% of Likely U.S. Voters believe everyone should be required to prove his or her citizenship before being allowed to register to vote. That’s up from 71% a year ago. Just 19% oppose that requirement. (To see survey question wording, click here.)

Twenty-nine percent (29%) believe laws that require proof of citizenship before allowing voter registration discriminate against such voters. But more than twice as many (61%) say such laws do not discriminate, up three points from 58% who felt that way in March of last year. Ten percent (10%) are undecided.

I guess the one of the five who favored vote fraud was Al "Not So" Sharpton.

Why would anyone want to know if he was a citizen?