You didn't read this in your local paper, but 2010 could be a catastrophic year for elderly heart and cancer patients. Bloomberg News reports that President Obama has proposed cutting $1.4 billion in Medicare payments to heart and cancer specialists. 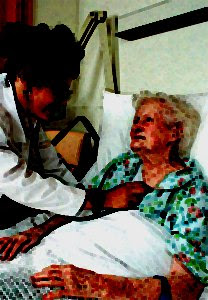 An Obama administration plan to cut Medicare payments to heart and cancer doctors by $1.4 billion next year is generating a backlash that’s undermining the president’s health-care overhaul.

...The proposal by Medicare, the government insurer for the elderly and disabled, is an effort by Obama to focus U.S. medicine on preventive care.

...The cuts could have the unintended consequence of rationing care, especially in rural regions with a large number of Medicare patients, doctors said...

Some oncologists in rural areas may stop offering chemotherapy in the office, forcing patients to travel to more- distant hospitals... 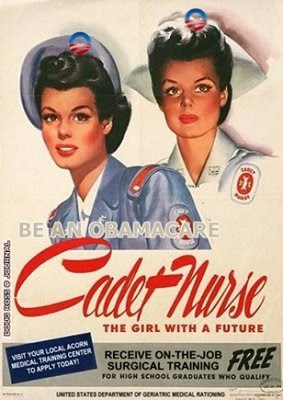 Gee, grandpa, I sure hope President Obama's Politburo-style, central planning commission gets all of these delicate decisions right.

And while Obama and his Democrat allies in Congress try to ram a multi-trillion, socialized medicine program down the throats of the American people, the separate 2010 Medicare spending proposal has received almost no media attention. Announced July 1, it proposes to slash reimbursements to cardiologists and oncologists by more than 10% each.

These disastrous government policies are certain to hurt seniors.

It's a real pity that the mainstream media couldn't find time to cover this story, although I'm sure Ezekiel Emanuel is pleased.