Copenhagen and the failed Olympics bid proved what Howard Portnoy is saying: 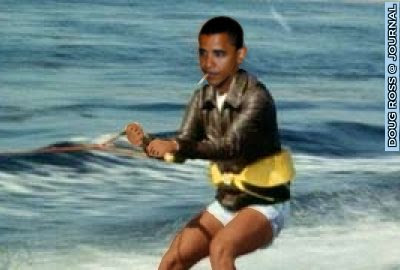 The world’s most recently anointed superstar, whose key opponent in the race for the Democrat nomination for president summed him accurately by saying “He’ll give a speech” when faced with a major crisis, has now officially crashed and burned. As with every other crisis in his short presidency, he sought to divert attention — in this case, from a still-struggling economy, the palpable threat of a nuclear rogue nation, and a “war of necessity” suddenly turning south and unpopular — by jetting off to Copenhagen and winning America the “prestige” of another Olympic Games. He was a loser for assuming that this is how the electorate would read such a result. And he’s a bigger loser still for failing to obtain even that result.

Suffice it to say that when even SNL routinely rips your pathetic record of non-accomplishment, the tips of your skis just grazed the fin.

at 7:14 PM
Email ThisBlogThis!Share to TwitterShare to FacebookShare to Pinterest
Labels: Democrats, Obama