"Chrysler is going out of business. The company just hasn’t made it official." 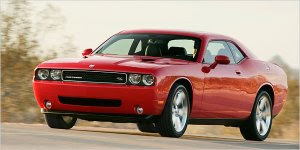 Rumors, credible rumors, are beginning to circulate in the car industry and the automotive press, that Chrysler may not make it another year primarily due to its falling sales and growing financial losses at partner Fiat.

Chrysler sold a 62,197 cars in September, down 42% from the same month last year. The figure was down from 93,222 in August when traffic to dealers was pushed up by the ”cash for clunkers” program.

Chrysler’s problems may only be beginning and, if so, Fiat, the ”managing partner” among Chrysler’s owners may not be able to keep the American company intact.

Analysts assert that the smallest member of the big three no longer has enough market share to cover its cost base. Furthermore, Ford -- the only non-nationalized auto company -- is picking up market share at the expense of both Chrysler and GM.

Taxpayers are likely to lose most of the $81 billion that Congress and the administration sunk into the two companies, according to the Congressional Oversight Panel. Chrysler is expected to lose all $14.3 billion of the taxpayers' money. 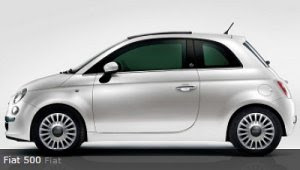 The daily management of Chrysler is controlled by Fiat which owns 20% of the U.S. company with options which could take that amount to 35%. Fiat has not put any money into Chrysler, so if the American firm becomes a significant operational or management burden there are very few reason for the Italian company, which has sales troubles of its own in Europe, to stay long term. Fiat lost $254 million in the second quarter, so its board may eventually believe that Chrysler is a distraction and one without a future.

What Chrysler needs most from Fiat is money. If Fiat's own bleed continues, there will remain only one choice for management. 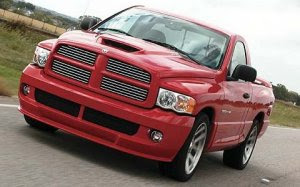 In the mean time, the traditional competitors like Toyota, Honda and Nissan aren't Chrysler's only concerns in the U.S. Hyundai posted a sales gain of 27% in September. Its increase in sales alone was half of Chrysler's total units sold.

Furthermore, Chrysler's lineup is dominated by SUVs, minivans, big sedans and pickups -- all the wrong vehicles in an economy geared towards efficient, economical compacts. In this environment, Chrysler's market share has hemorrhaged badly: from 11.1% a year ago to around 7.5% today.

Chrysler sales are now running at the rate of 750,000 a year. It probably does not have the capital to wait through another year of low US car sales with a market share that is almost certainly to stay below 8%. It does not have models tailored to the current market tastes. Chrysler is going out of business. The company just hasn’t made it official.

President Obama's rash decision to abrogate bankruptcy law to prop up the UAW bosses is now certain to result in another catastrophic financial loss for the American taxpayer.


Linked by: Ace o' Spades, AutoSpies and Don Surber. Thanks!

Idiots saying toyota is better. GET an update because toyota just made biggest recall ever. If anyone is going out of business its them, they even suspended sales. You need to update the site, and Chrysler will not go out of business as long as Fiat is around. Fiat took Ferrari and created some of the most amazing cars ever. Chrysler will rise again with luxury cars guarantee, it will be a few years before they do though.

Toyota is better!!!! The make one mistake and pol want to talk so bad about Toyota. All American cars have had recalls. I have had a Toyota for over 30 yes. Never had a problem. How many American cars will go to 330,000...... none... and my camary is still strong.

Chrysler has a glut of unwanted products. Their product lineup consists to too many niche vehicles. The Charger and Challenger are behind the times; antiquated styling (especially the Challenger) and a decade old chassis design. Chrysler continues to be at near bottom in terms of reliability and problems per vehicle.