I predict an influx of undocumented Democrats.

The Rarámuri indigenous community in northern Mexico faces severe food and water shortages after the region's worst drought in more than 70 years... 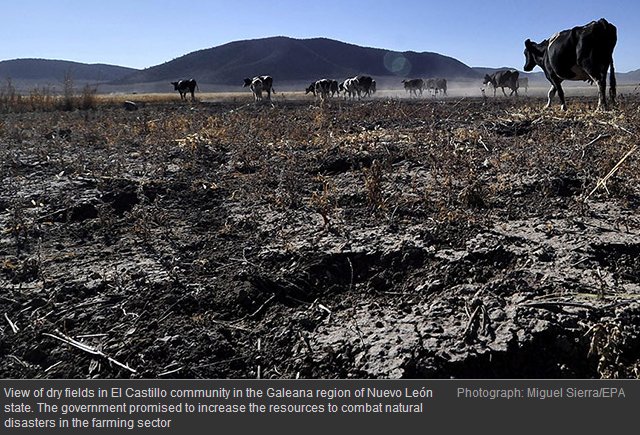 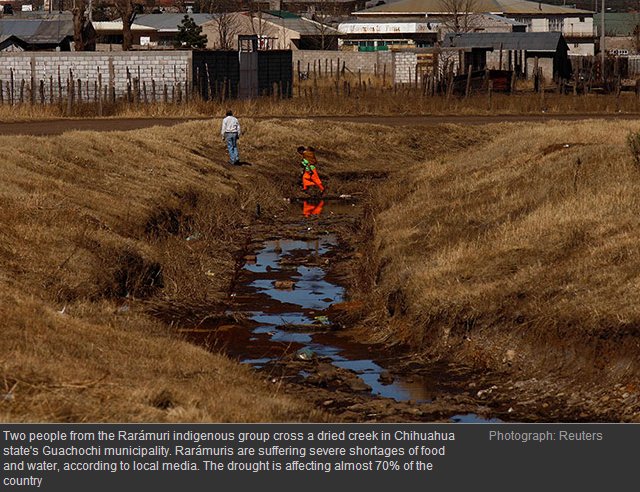 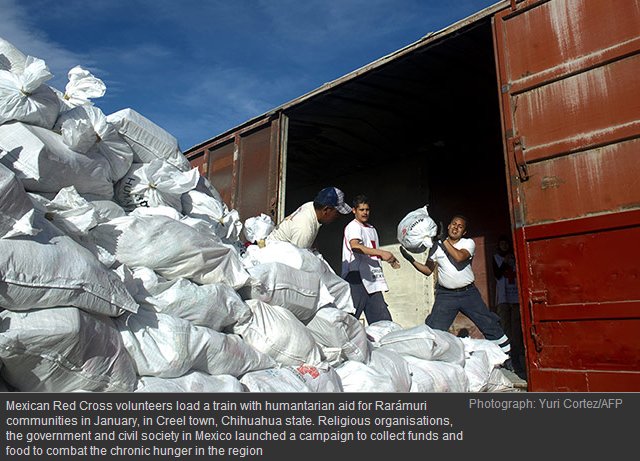 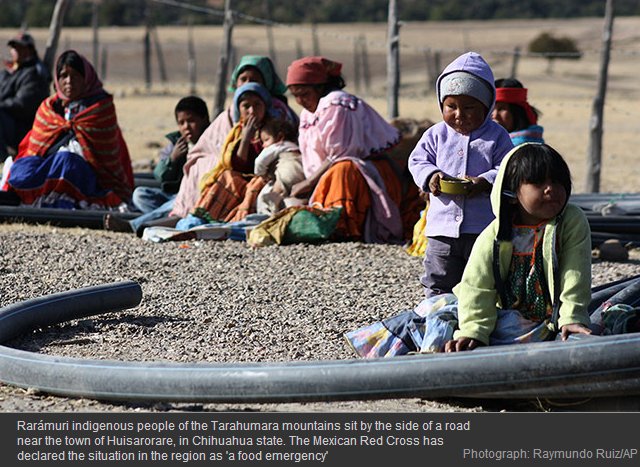 The people are getting angry:

• Thousands Demand Food, Jobs in Mexico City - The shortage of basic foods and the spike in prices are devastating the urban dwellers who consume these goods daily,” National Peasants Confederation, or CNC, president Gerardo Sanchez said.

• Even Mexico’s Drug Cartels Are Affected By Worst Drought In Years - Mexico is currently experiencing its most intense drought in 71 years... More than 2 million people in the country have been affected by the water shortage... Government officials warn that the drought could last for at least another five months, with freezing temperature in some states now threatening to endanger lives and crops... Nearly 7 percent of the country’s agricultural land, mostly in the north and centre, has suffered complete losses

• Drought Threatens Food Supply of 2.5 Million Mexicans - Some 2.5 million people are at risk of going hungry due to the severe drought plaguing more than half of Mexico’s 32 states, a leading expert said Thursday... The shortage of rain has already led to the loss of 3.2 million tons of maize, 600,000 tons of beans and 60,000 head of cattle, he noted. ...Without measures to counteract the agricultural losses, “this population runs the risk of suffering hunger,” Romero said, calling it “paradoxical” that the government delayed so long in tapping some of Mexico’s $147 billion in international reserves to address the problems caused by the drought.

You can donate to Mexican food relief here.