DOOM ANTIDOTE FROM KEVIN DUJAN: These are the Last Days of Pompeii for the Democrat Party

During the last presidential election cycle, Hillbuzz founder Kevin DuJan was a major Hillary Clinton supporter. As the 2008 primary unfolded, he became outraged with reports of systemic cheating by Obama's hard left Chicago Machine, especially in Caucus states. His focus then turned from supporting Hillary to crushing the Marxist left.

Most recently, he has been on the frontlines of keeping conservatives focused on victory. His ongoing Doom Antidote series has been especially valuable in reminding us of the big picture.

Evidence that Democrats are in “Last Days of Pompeii” mode 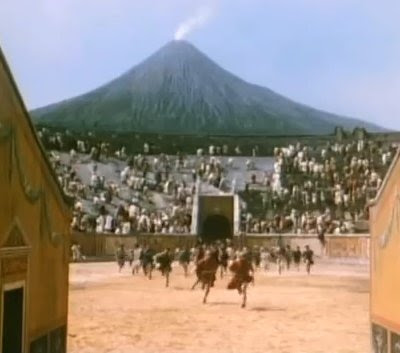 ...Democrats [were certain they had solved the demographic challenge in] 2008, with Howard Dean and Donna Brazile convincing them that they could dominate the country demographically by streamlining the party into one of “blacks, urban elite, college voters, Jews, Muslims, gays, and women who want to kill their babies”. The Clintons’ Democrat Leadership Council (a “DLC”, but not the one that Barack Obama belonged to) would be purged from the party and anyone Obama saw as “bitter, clinging” would be shown the door because Donna Brazile, in particular, felt these people were no longer wanted or needed for Democrats to win. Brazile, it should be noted, is also the rocket scientist who advised Al Gore not to use the Clintons in the 2000 election when Bill wanted to be deployed to bring home Arkansas and Tennessee for Gore (two states Gore lost... which would have landed him in the White House if the Clintons had campaigned aggressively in just those TWO STATES).

...Democrats were absolute fools to believe Donna Brazile and Howard Dean back in 2008. Deciding to push Barack Obama to the presidency and give the Left absolute control over the country was a fatal error that’s going to be corrected on November 6th. [The Ministry of Truth] Minitru insists this is not happening, and continues to pretend that Democrats will hold power for many years to come. The volcano is rumbling, and these people are still lounging on couches and eating their grapes, completely oblivious to what’s going to happen in just three weeks now...

...If they’d have run Hillary Clinton in 2008, then Democrats would have cruised to her re-election this year; Obama would have most likely been her VP and he’d have spent 8 years in the Naval Observatory (most likely observing his own naval) and would have been setup to be president himself in 2016. Democrats would have likely had 12 years in the Oval Office, with Obama destined to be president no matter what (sadly). The Left wanted everything all at once, and it got just four years before the country woke up and booted them out of office (hopefully for generations).

...As bad as things are, and as much damage as Barack Obama has done as president, just imagine how much worse things could have been if Democrats had moved slowly and done things under the radar over 12 years instead of trying to cram it all into four years of Obama. Democrats got greedy and wanted Obama to do all the crazy things upfront, thinking they could overpower Americans and force radical change on the country quickly before anyone could resist them. Donna Brazile, in particular, believed that a black president was key to pushing the Left’s agenda because all criticism of him would be countered with charges of — let’s see if you can guess — RACISM so his skin color would give cover for the craziest things Democrats wanted to do. 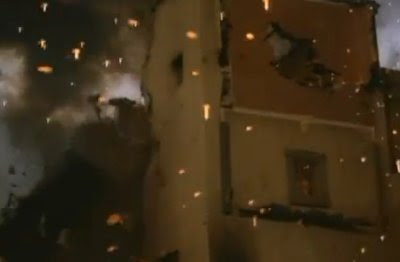 ...When the books are written on the last four years, I think it will be clear that most of what Democrats tried to shove through couldn’t have been done if the President was white…because racialist demagoguery was key to making a lot of these things happen. From 2008 through 2010 or so, it was nonstop screams of “If you don’t support Obama, you are a racist!”. Democrats who weren’t leftists (and there used to be some of these in the party) had to go along with whatever Obama wanted because they, too, would have been declared racists for not supporting him. Hence, that Christmas Eve 2009 vote for Obamacare in the Senate where not a single Democrat read the bill or understood what it would do to the country…but they all voted for it anyway. Democrats needed a black president to make that happen, because only the threat of being called racists could make all Democrats in the Senate abandon their constituents and their duties as elected officials and vote for something they never read and didn’t understand.

At the time, Democrats danced around laughing and cheering at what they had done.
They weren’t cheering when the Midterm elections happened in 2010, however.

And they won’t be cheering in three weeks either.

The days of wine, roses, and using false accusations of racism to get whatever they want are coming to an abrupt end when voters’ anger at the party erupts on November 6th.

From Kevin's lips to God's ears. Take nothing for granted, my friends. Use this time to talk to your friends, your neighbors, and your co-workers (if you're lucky enough to have a job in the ongoing Obama Depression). And if you need a cheat sheet to hand folks, here's one you can print out. It specifically hits the economic catastrophe that is the Obama record.

Expecting a loss? Or just done with politics?

Or is there any difference between those two notions...?

It is pure speculation, but I am not so sure that Hillary Clinton would have been a two-term President, with Obama riding her coat-tails to his own term after her. First, Obama would never have agreed to be her Veep - period.

Second, Hilly the Hun is a much worse politician than her husband. Like Obama, she absolutely hates those she disagrees with politically, and rarely makes any attempt to hide it. Unlike her spouse, she has an abrasive personality that would grate on peoples' nerves. Nor would her husband be much help. Nepotism was not enough to deliver the 2008 Democrat nomination to her, and it would count for even less if she had somehow become President.

Third, her own record as Secretary of State has been an unqualified disaster, to the point that she makes Joe Biden look like Einstein. The Hun has benefitted from the fact that Obamamania has kept the spotlight off of her and her failures, but with the growing scandal in Libya that may be coming to an end. If necessary, the MSM/DNC axis will toss her under the bus to save the Messiah (and not a single feminist will complain - bank on it).

Finally, and I don't care if people jump on me for sexism, Hilly resembled Jabba the Hutt in 2008. Since then, she has come to look even worse. In the world of the MSM/DNC axis appearance - not the least physical appearance - is everything.

How can anyone look at female Democrats and conclude that, for liberals, "physical appearance is everything"?

Oh, I get it - you mean hideousness is all-important.

Well, Dems sure got that bloc wrapped up.

I think Hillary would have been a slightly better president only in that she would be far more likely to be susceptible to public pressure than Obama has been.

Let us not forget that before Obamacare there was Hillarycare. I think she would have governed more conservatively in her first term, betting that by doing so she'd get a second term. But then again, the temptation of holding a super-majority in Congress may have proven too much for her to resist.

My two cents' worth - and I think it is the two cents' worth of everybody who worked for the Clinton Administration health care reform effort of 1993-1994 - is that Hillary Rodham Clinton needs to be kept very far away from the White House for the rest of her life. Heading up health-care reform was the only major administrative job she has ever tried to do. And she was a complete flop at it.