AN OPEN LETTER TO MY BROTHERS AND SISTERS IN NEW YORK LAW ENFORCEMENT: An Unconstitutional Law Ain't a Law

"An unconstitutional act is not a law; it confers no rights; it imposes no duties; it affords no protection; it creates no office; it is in legal contemplation as inoperative as though it had never been passed."

To my brothers and sisters serving in New York law enforcement:

Without public input from stakeholders, without any review from voters, and without discussion in a single public forum, the governor of New York and the state legislature slammed into place one of the nation's most restrictive gun laws yesterday.

The new laws classify more semiautomatic rifles as so-called assault weapons [thereby banning them], requires many gun owners to renew their licenses every five years, increases the regularity of background checks and makes it illegal to own ammunition magazines with more than seven rounds... Some gun-control advocates said the legislation gave New York the nation's most stringent firearms laws.

In fact, this law not only violates the Constitution's Second Amendment, the Supreme Court confirmed that fact just a handful of years ago when it ruled the District of Columbia's gun ban was unlawful. 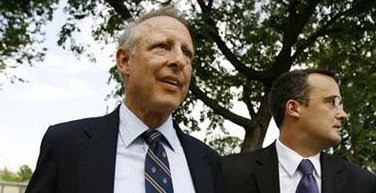 In 2007, a panel for the U.S. Court of Appeals for the D.C. Circuit ruled that the city's gun ban was unconstitutional. Senior Judge Laurence H. Silberman wrote in the majority opinion that "the black market for handguns in the District is so strong that handguns are readily available (probably at little premium) to criminals. It is asserted, therefore that the D.C. gun control laws irrationally prevent only law abiding citizens from owning handguns."

The ruling was affirmed the following year by the Supreme Court in District of Columbia v. Heller. Justice Antonin Scalia's majority opinion said that citizens were guaranteed a right to keep firearms that were in common use in their homes for self-defense, but that the government could pass reasonable regulations concerning firearms and ammunition.

...Since the gun ban was struck down, murders in the District have steadily gone down, from 186 in 2008 to 88 in 2012, the lowest number since the law was enacted in 1976. The decline resulted from a variety of factors, but losing the gun ban certainly did not produce the rise in murders that many might have expected.

New York's new law bans guns that are "in common use" and passes unreasonable restrictions on magazines (try to find a seven-round magazine just for grins).

In Oregon, for instance, multiple sheriffs have told the federal government that any unconstitutional restrictions on guns will not be enforced:

The letter says politicians are attempting to exploit the deaths of innocent victims in the Connecticut school shooting by supporting laws that would harm law-abiding Americans.

Hensley told KTVZ he believes in the Second Amendment, and he says officials should consider other factors that may have a role in mass shootings, such as violent video games.

I encourage you to listen to Cuomo's "State of the State" speech, if only for a minute or two. 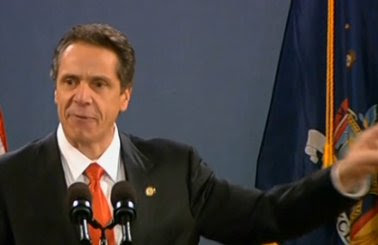 The speech was praised as groundbreaking and landmark by progressives who fretted for two years that they were fooled by the son of liberal icon Mario Cuomo. Andrew Cuomo, they thought, had fashioned himself a new kind of Democrat focused on holding the line on spending and taxes.

"We are a community based on progressive principles," Cuomo said in Wednesday's often fiery speech. "We must remain that progressive capital of the nation."

At the risk of violating Godwin's law, I want you to close your eyes and transport yourself back to Germany in 1933 and imagine this same speech.

The hysterical rhetoric, the shrieking dialect, the fomenting of panic, the over-the-top lies, and the demonization of a large, law-abiding segment of the population.

The progressive movement is at war with the Constitution.

No self-described "progressive" can honestly take an oath of office to uphold the Constitution. The two philosophies are oil and water.

Cuomo's unconstitutional gun control laws hold no weight and should therefore be given all of the regard they deserve. Which is to say, none.

Cuomo is as dirty as any of satan's helpers and the devil is a lawyer.
I remember as a teen being "persuaded" by a Mob guy to join the restaurant union, "or I would never work in NY again". Hey, I was leaving the State anyway, but in my years there I saw those bums take money from the mom and pop stores for "protection" and I spit on all of them.
Cuomo could never have made janitor in Fordham without Mob help, kick backs, and dirty politics. He probably has to bathe several times a day just to feel good about himself so his latest antics... well, follow the money, he has aspirations.

Every picture I see of Cuomo has that same feature: Eyes Full of Crazy

Cuomo, Bloomberg and others are repeatedly voted into office, accurately giving the impressin that New Yorkers "want" to be subjects and not citizens. In response, we need to stop funding them from out of state. Taking a vacation? Go see the Grand Canyon or Yellowstone. Go see the Grand Tetons or Brandon, MO.

We feed those who feed our own downfall.