Well, this is a man-caused disaster waiting to happen: 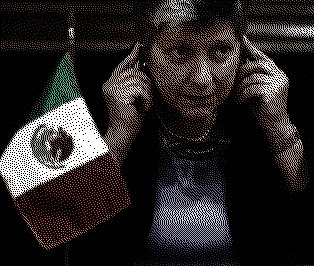 An astonishing number of naturalized U.S. citizens have been convicted of grave national security crimes—including terrorism, espionage and theft of sensitive technology—yet the government allows them to keep their American citizenship.

As unfathomable as this may seem it’s simply business as usual in the Department of Homeland Security (DHS), the massive agency created after 9/11 to keep the nation safe. The agency rarely strips foreigners of citizenship even when they prove to be national security threats who hustle the system. In fact, DHS has no system in place to examine such cases or weed out future threats.

The alarming details of this inept operation are outlined in a scathing report (“Upholding the Value of Our Citizenship: National Security Threats Should Be Denaturalized”) published this week by an organization that researches legal and illegal immigration into the United States. DHS rarely denaturalizes individuals, even after they have committed serious national security offenses, the probe found.

This can't come as any surprise to those following the career of Janet Napolitano. She has consistently refused to enforce the nation's immigration laws and has illegally concealed documents related to the agency's activities.

Because with this crew, it's all about consolidating power by changing the electorate. It has nothing to do with enforcing America's laws.

What exactly does Homeland Security do? Think about it. No border protection, rampant Chinese theft of patents, technology and defense secrets, to name a few. Current laws never enforced. Suing everything and anyone that challenges their agenda, which does little for America, but supports this articles content.