So I'm driving home this evening and happened to flip on National Pubic Radio (consider it gathering OSINT on enemy activities). And they're doing a feature on activist Supreme Court justice Sonia Sotomayor, the self-described "wise Latina woman". 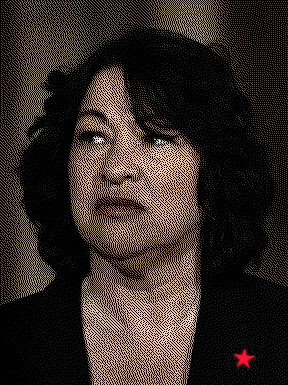 Sotomayor is hawking an autobiographical book and she briefly describes the incident that led to her becoming an academic overachiever. Until the fifth grade, Sotomayor says she was a C-student. But the nun in her fifth grade class began awarding gold stars for excellent work. And Sotomayor wanted those gold stars. She wanted them desperately.

So she went to the top student in her class and asked for help. How to study, how to do homework, how to excel. Sure enough, with dedication, focus and practice, she became a top-notch student, winning countless gold stars and eventually becoming a valedictorian at Cardinal Spellman High School.

Now I found this story apocryphal. Consider that Sotomayor is a hard-core Leftist who has, throughout her career, supported the redistribution of wealth and the tenets of socialism. In other words, she endorses -- in every way -- taking gold stars from society's achievers and giving them to the undeserving.

In fact, Sotomayor's entire philosophy revolves around master planners -- wise Latina women and other masterminds -- divvying up society's spoils and slathering them around in an ostensible effort to do good.

In fact, they have created a massive, corrupt, leviathan of a welfare state that is headed straight for bankruptcy like a 747 that's run out of fuel. The federal government itself estimates fraud for these programs at $125 billion a year; other reliable analysts put the figure closer to a third of a trillion.

Instead of improving society, Sotomayor's intellectual ilk have crushed the will to work, built a permanent underclass unaccustomed to individual responsibility, encouraged corruption in government, and nearly eradicated the two-parent family in the inner city.

If Sotomayor had an ounce of intellectual integrity, she would have penned a more fitting autobiography in which she demanded gold stars from others in order to redistribute them "fairly".

Or red stars, if you know what I mean. But I'm sure the irony escapes her and the other leftists bent on destroying this society.

You see, she was able to earn those gold stars because she is special and could adapt, while most people are not and could never hope to achieve the academic and career success she has enjoyed. As a liberal leader she is special, she is The Elite, the likes of which only a few in every generation can become. The fact that she is a minority makes her even more impressive to her fellow liberals who all honestly believe that minorities are inferior. That is why liberals are so set on taking care of us commoners, because they honestly believe that we could never understand what it takes to excel let alone survive on our own, especially those classified as a minority. In fact it is nothing short of a miracle that the human race made it this far without the guidance of the gifted few (last sentence is something I've actually had a liberal say to me once in college).