To understand what Obama is doing on the gun issue and other programs the administration is advocating, one must understand the Hegelian dialectic, the principle of "advancing to goals through retreat." 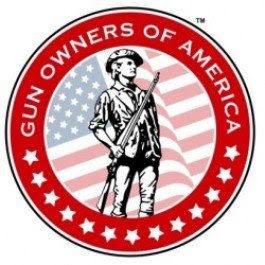 It works as follows: Demand everything, push ahead and persist! Then when the opposition becomes formidable, continue to advance until it becomes obvious that the entire goal is in jeopardy, then suddenly back away, giving the appearance of being reasonable and open to "compromise." Then, continue to be tough while "compromising," until you get as much as you can.

Obama's opposition, the moderate Republicans, hate being controversial, and the weakest members of the opposition are the first willing to cave in -- and usually do. Lenin described this technique as driving a nail with a hammer, the backward stroke away from the nail is as important as the downward stroke in achieving the goal.

The second technique is to say anything or use anyone to achieve your goal. Truth to a socialist atheist is say or do whatever's necessary to accomplish their goal. There is no such thing as God, or right or wrong. To an atheist, we're nothing more than graduate animals, mere accidents of nature. Truth is a relative term. "Truth" then, is working for total governmental control, and it's obvious to the Left that the "end justifies the means."

One can climb the highest mountain if you take two steps up and one step back. Look how far the Left has climbed using Marxian techniques.

The way one fights the Obama's in the world is to, politely, stay in their face, not giving an inch while organizing the public into joining the fight. Then we work to inform people of the techniques the Left is using and expose the moral bankruptcy of their beliefs. We're in the fight of our life for the future of America. Remember Winston Churchill's famous comment. Never, never give in!

I think it's time for the republicans to use this strategy themselves.