I don't know this Jason Mattera fellow, but I like the cut of his jib

Now this right here is a real journalist. 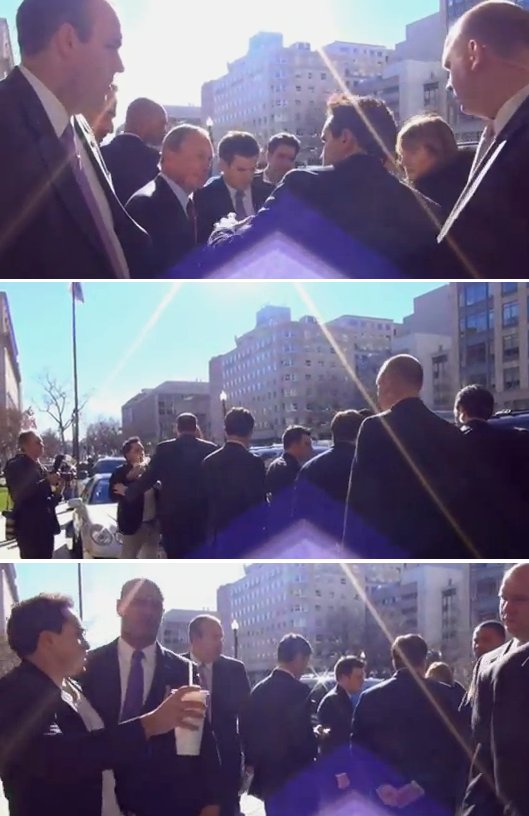 In the video, Bloomberg is seen surrounded by security. Mattera approaches Bloomberg and asks, “In the spirit of gun control, will you disarm your entire security team?”

Bloomberg’s reply: “Uh, you, we’ll get right back to you.”

“Why can you defend yourself but not the majority of Americans?” Mattera asks as the mayor walks away. “Look at the team of security you’ve got. And you’re an advocate for gun control?”

The video then cuts to Mattera walking further down the street when one of the men guarding Bloomberg, identified as Officer Stockton NYPD, stops Mattera and asks to see his photo ID...

After all, that's the evil that Statism always devolves into. Which is why these progressive miscreants continually lobby for more control, whether it's health care, guns, unions, education, or light bulbs.

They can't articulate any limits to the power and control they seek. They're making it up as they go along.

It's about keeping a white-knuckled death grip on power that Bloomberg, Feinstein, Schumer, and Obama seek to hold over you, the individual. We are witnessing history here. It is our sacred duty to preserve this, the world's last best hope for liberty.

It is racist to ask for a photo ID.

Note Mattera's open-carry and possession of an illegal large capacity soft drink in the presence of a NYC city official.

They may jail him for that alone.

I love the Big Gulp... didn't even notice that!