OH, HOW THEY DESPISE THE CONSTITUTION: And they're not even trying to hide it any more

A brilliantly titled op-ed at The Wall Street Journal ("We the Government") lays bare the lie that the modern Democrat Party remains moored to America's values, traditions and laws. 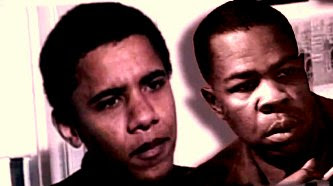 White House communications director Dan Pfeiffer expressed the current mood in the West Wing this way to the Washington Post on Inauguration Day: "There's a moment of opportunity now that's important. . . . What's frustrating is that we don't have a political system or an opposition party worthy of the opportunity."

So neither the checks and balances of U.S. democracy nor the Republican Party that controls one branch of Congress is worthy of President Obama's grand aspirations. Presumably they must bow to his superior moral purposes. It's important to appreciate how much such contemptuous talk deviates from normal public White House respect for the men and women a President must do political business with.

Democrats and the media -- but I repeat myself -- continually decry the "polarization" of today's government. But the reason for that dichotomy lies with the radical sixties retreads who have overwhelmed the Democrat Party, laying waste to the once-dominant JFK/Scoop Jackson wing.

As historian Trevor Loudon and many others have proven with overwhelming evidentiary documentation, the modern progressive epoch is is an offshoot of the Cold War and Soviet-era Communism.

America's new divisions are so obvious, and the Democrat leadership so radical, that local law enforcement officials from around the country have told the President and the Justice Department that any attempt to revoke the Constitution's Second Amendment will be immediately repudiated.

Some officials have gone so far as to "pledge their lives" to resist the administration's lawless proposals. One such group is the Utah Sheriff’s Association, which wrote the administration the proverbial strongly worded memo [PDF]:

Here's an entertaining thought experiment: when was the last time in American history that large groups of state and local officials promised retaliatory violence against a tyrannical, authoritarian government operating outside the law?

Oh and hey, remember when then-candidate Barack Obama said, "There's not a blue America or a Red America, there is the United States of America"?

Yeah, that was funny.