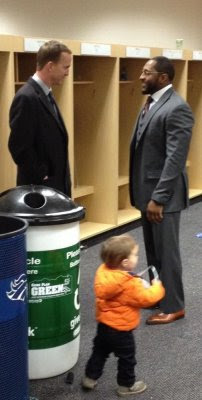 Where are my Constitutionally-protected suppressed machine guns?: Owens
The Petty Reign of Harry Reid: WS
Why The 2nd Amendment - An Object Lesson From Mexico: Howling

The View from the Bottom of a Fiscal Abyss: RWN
Gun Control, Bills of Attainder & Ex Post Facto Laws: NoisyRm
Waiting for the Sequel: Reagan

Why is Black Unemployment So Much Higher Than White?: LibertyNews
Clifftastrophe: How GOP Raised Taxes, Fed Dem Addiction: ConBlkChk
So, you think your Right-To-Work state is safe from unions?: RS

NYT: Obama To Ram Through Amnesty For 11 Million Illegal Immigrants: WZ
Are Some Liberal Academics Attempting to Normalize Pedophilia?: CI
Mentally challenged girl, 15, 'gang raped under her desk during class as teacher did NOTHING': DailyMail

Colon Powell on MTP: GOP Has ‘A Dark Vein of Intolerance’: BizzyBlog
NRA President Schools Candy Crowley: Obama and Feinstein Are Driving Gun Sales Not Us!: NB
In Defense of a Little Book: DPU (Language Warning)

Newspaper Publishes List of Gun Owners: One of them Promptly Burglarized: Hideout
Peggy Noonan: President Obama should “Leave Gun Control Issues in the Congress": FreeLight
Obama’s nominees are all white, but it’s totally cool because Obama is black: NakedDC

Chuck Hagel - It's the anti-Americanism, stupid: Glick
The Koranic Sanction of Slavery: Creeping
Why are we pretending?: CFP

Bus-Size Sea Monster Found, Took On Prey Its Own Size: NatGeo
Who Is To Blame When A Robotic Car Crashes?: PopSci
Tumblr is even more popular with 13- to-25-year-olds than Facebook: Post

QOTD: “The inverse relationship between quantity demanded and price is the core proposition in economic science, which embodies the presupposition that human choice behavior is sufficiently rational to allow predictions to be made. Just as no physicist would claim that “water runs uphill,” no self-respecting economist would claim that increases in the minimum wage increase employment. Such a claim, if seriously advanced, becomes equivalent to a denial that there is even minimal scientific content in economics, and that, in consequence, economists can do nothing but write as advocates for ideological interests. Fortunately, only a handful of economists are willing to throw over the teaching of two centuries; we have not yet become a bevy of camp-following whores.” --James M. Buchanan, 1986 Nobel laureate in economics, writing in the Wall Street Journal on April 25, 1996 (via Carpe Diem)

INTERVIEW: We Found A Congressman Who Actually Understands Economics

Who is that Congressman? Some might say he's Ron Paul, who has written books on economics and the Federal Reserve. But no!

When I ran on the Republican ticket for Manhattan Borough President in 2005 (a guaranteed losing proposition(, I lost to Scott Stringer, who had been mentored by Jerry Nadler. Both are Westside Manhattan Democrats.

"On the deficit, he says what virtually no other politician will say, that it's too small."

"Given the unpopularity of more deficit spending, can the public ever be convinced we need to spend more?"

Memo to Joe Weisenthal: We borrow 46 cents of every dollar from China.

Any Joe Weisenthal BI article is always a contender for The Worst Link in the World, but today we say that Joe "wins" again.