In 30 pictures describing “pistols that are not assault weapons,” the NY SAFE web site incorrectly identifies 6 of 30 handguns presented by name, and 16 of 30 by type. 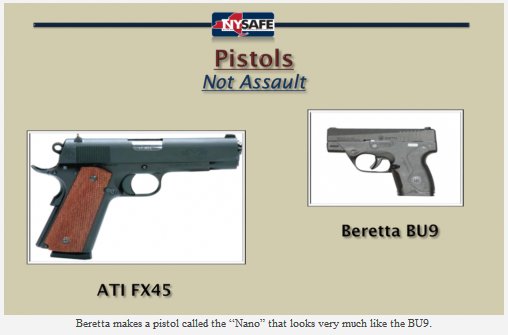 ...NY SAFE serially confuses a rifle’s caliber with its model, and worse, can’t tell the basic difference between a rifle and a shotgun... 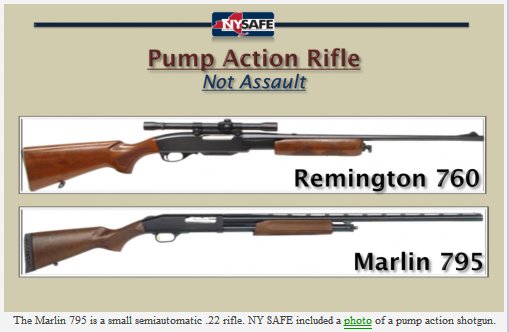 ...or tell the difference between a weapons that are legal, yet function identically as “evil assault weapons”... 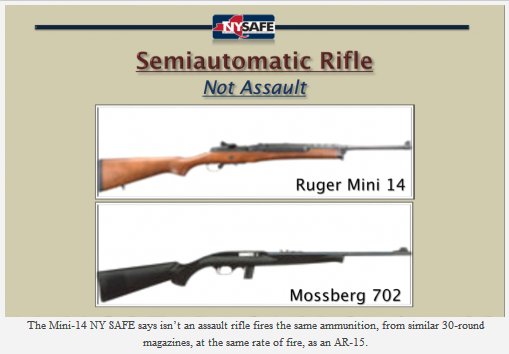 ...… and we’re supposed to take them seriously? It would be laughable, other than the fact that if you mistake the NY SAFE Act web site a being a competent guide, you could end up in prison for violating the NY SAFE Act since the Web site and the actual law have very little in common...

And these are the masterminds who think they can prevent psychopaths from committing violent acts through unconstitutional restrictions on law-abiding citizens?

No wonder New Yorkers -- in huge numbers -- say they will defy this flatly unlawful idiocy.

Perhaps Mayor Bloomberg and the rest of the elites should disarm first, just to show the citizens how it's done.

For all news related to politics, Politics Today News App

This App is top rated on the AppStore and is a great one-stop App for real-time news and analysis on U.S. Politics.

PT pulls breaking news and content articles from publications, journalists, columnists, think tank, and beltway bloggers who publish across the Web. The App continuously monitors and adjusts online source lists to include new analysts and publications as well as opinion leaders of note.The App's user interface is beautiful and makes it easy to read articles and research on the iPad, simple and efficient. This is a great App for collecting and reading all this content into one place. It is the most useful politics related App on the iTunes Store.

Its part of a series, all their Apps are on http://www.algoryt.hm