Counsel for the Surrender Monkeys in the GOP

As Erick Erickson wrote earlier today, the feckless RINO leadership appears prepared to throw in the towel before the debt ceiling fight has even begun.

...I can only assume that because House Republican leaders and those close to them have been whispering about [wanting] to move on.

They want the next fight. So desperate are they to move on, in January of 2013, House Republicans want their base to know they think they’ll lose the House in November of 2014 unless they cave now so please let them cave. 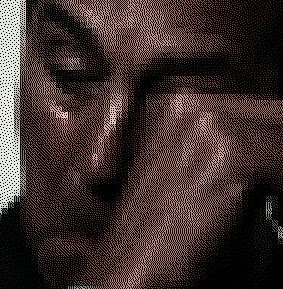 a) You'll get blamed by the media no matter what

b) Your last series of surrenders, in the kindest words possible, eh... failed to inspire the electorate

d) There are great ideas for dealing with Obama (see below)

e) So how about doing what's right, for a change?

Stanford's Keith Hennessey offers the weak-willed RINO leadership a simple strategy for dealing with Barack Obama on the debt ceiling. President Subprime McDowngrade wants a five-year increase on the debt ceiling or, by my calculations, enough to get us to a Grecian-style financial implosion.

Choice 1: A long-term debt-limit increase along with significant present and future spending cuts

Choice 2: A short-term debt-limit increase if he refuses to cut spending, continued ad infinitum to highlight his fiscal irresponsibility

In other words, act as a responsible creditor. Act in the country's best interest, for a change.

Or should I send this via fax to John Boehner's favorite lobbyist, so I can be sure he gets the message?

Why must there be ANY allowance on the debt limit? Hold them to the fire, and do not raise the limit! Even with promises of spending cuts, if we don't put an end to this runaway debt train, we will never get ourselves dug out.
I don't have the luxury of raising my credit limit just so I can get the big screen TV that I swear I must have. I am limited by what I make, and by God the government should be limited to what they take in! Until then, no more concessions. And the GOP shouldn't even allow debt ceiling talks to commence until there is a required by law budget signed by the president.
Why is this such an impossible task?

Put the House in recess until the Senate passes a budget.
.