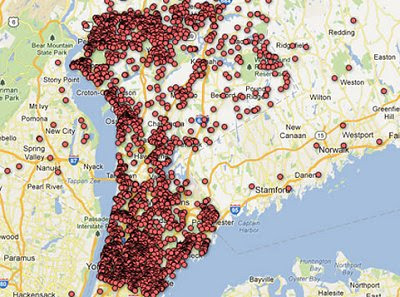 ...a burglary has been reported on Davis Ave. in White Plains, New York that evidently ties into The Journal News gun maps. It is reported that the burglar used The Journal News’ interactive gun map to target a home included on the map. Luckily the gun was locked up and no one was hurt.

“The Journal News has placed the lives of these folks at risk by creating a virtual shopping list for criminals and nut jobs. If the connection is proven, this is further proof that these maps are not only an invasion of privacy but that they present a clear and present danger to law-abiding, private citizens. Former convicts have already testified to the usefulness of the asinine Journal News ‘gun maps’ yet the reckless editors are evidently willing to roll the dice, gambling with the lives of innocent local homeowners,” said Senator Greg Ball.

...Ball will be publicly unveiling Senate bill (S2132) [that] would protect lawful gun owners, including thousands of retired and active law enforcement and victim of domestic violence survivors, from having their information publicly disclosed. 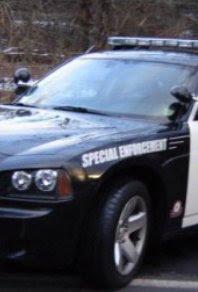 “The same elitist eggheads who use their editorial page to coddle terrorists and criminals are now treating law abiding citizens like level three sexual predators... Publishing this information on a website, as we have evidently just witnessed in the recent attempted gun burglary, provides criminals with a map of where they can steal firearms from lawful owners for later use in the commission of crimes. This legislation is critical,” said... Ball.

...the Vice President of the Affiliated Police Association of Westchester County, Robert Buckley, said in a letter, publishing these maps online is jeopardizing the safety of residents and is irresponsible.

“The Affiliated Police Association of Westchester County Inc. is putting The Journal News on notice that we will hold [them] accountable for any incident where any of our over 25,000 members are involved with an incident where a criminal or ex-con presents themselves at the residence of one of our members as a result of their name being made public by [their] newspaper,” said Buckley.

The Affiliated Police Association of Westchester will be holding a press conference on January 15, 2013 at the Westchester County Courthouse located at 111 Dr. Martin Luther King Junior Boulevard, White Plains, N.Y. at 1:00 p.m.

Oh, but Officer Buckley: the media are facilitating gun crimes for the children!