NOW THEY TELL US: U.S. Faces "a Growing Jihadist Threat"--Hillary

After four years of pretending there is no jihad against the free world, Secretary of State Hillary Clinton blurted out the truth during her testimony on the Benghazi jihad massacre Wednesday: “We now face a spreading jihadist threat,” she said, adding: “We have to recognize this is a global movement.” 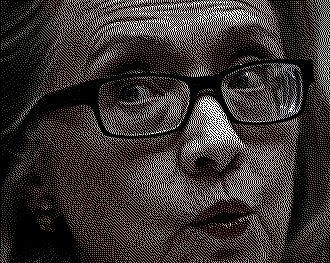 We do? Yet the Obama administration has for years steadfastly and repeatedly denied both that there was a jihadist threat at all and that it was a global movement. So far has the Obama administration been from acknowledging that there was a jihad threat that less than two months into Obama’s first term, on March 16, 2009, Homeland Security Secretary Janet Napolitano noted proudly that in her first testimony to Congress, “I did not use the word ‘terrorism,’ I referred to ‘man-caused’ disasters...

...On May 13, 2010, Attorney General Eric Holder testified before the House Judiciary Committee, where he was questioned repeatedly by Rep. Lamar Smith (R-TX) about whether the Fort Hood jihad mass murders, the attempted jihad car bombing in Times Square, and the Christmas underwear jihad bomber over Detroit could be attributed to “radical Islam.” Holder repeatedly refused to agree to this, going only so far as to say: “There are a variety of reasons why people do these things. Some of them are potentially religious.”

...Obama’s nominee for CIA director, John Brennan, who is the current Deputy National Security Advisor for Homeland Security and Counterterrorism, echoed Holder’s reluctance to say that Islam had anything to do with jihad terrorism on May 26, 2010, during a speech at the Center for Strategic and International Studies. He declared: “Nor do we describe our enemies as jihadists or Islamists because jihad is a holy struggle, a legitimate tenet of Islam meaning to purify oneself or one’s community.”

Now that Hillary has revealed the true threat of Jihadists, I eagerly await the follow-up corrections and apologies from Messrs. Brennan, Obama, and Napolitano. With all due respect.

Don't hold your breath Doug. We love your blog to much.

HE SAID: “We said that we would go after al Qaeda,” Obama told supporters in Washington on Sept. 28, “and they are on the run and bin Laden is dead.”


SHE SAID: “We now face a spreading jihadist threat,” she said, adding:

“We have to recognize this is a global movement."