We already know -- from the last assault weapons ban -- that outlawing scary-looking weapons has no impact on firearm violence. It turns out that criminals don't follow the law.

But history, facts, logic and reason never stopped a Democrat from stealing more of your liberty. Witness the latest witless proposal from Dianne "Concealed Carry" Feinstein.

California Democratic Sen. Dianne Feinstein staged a dramatic press conference Thursday on Capitol Hill with 10 weapons at her side and unveiled legislation instituting a government ban on more than 150 types of firearms, including rifles, pistols and shotguns. 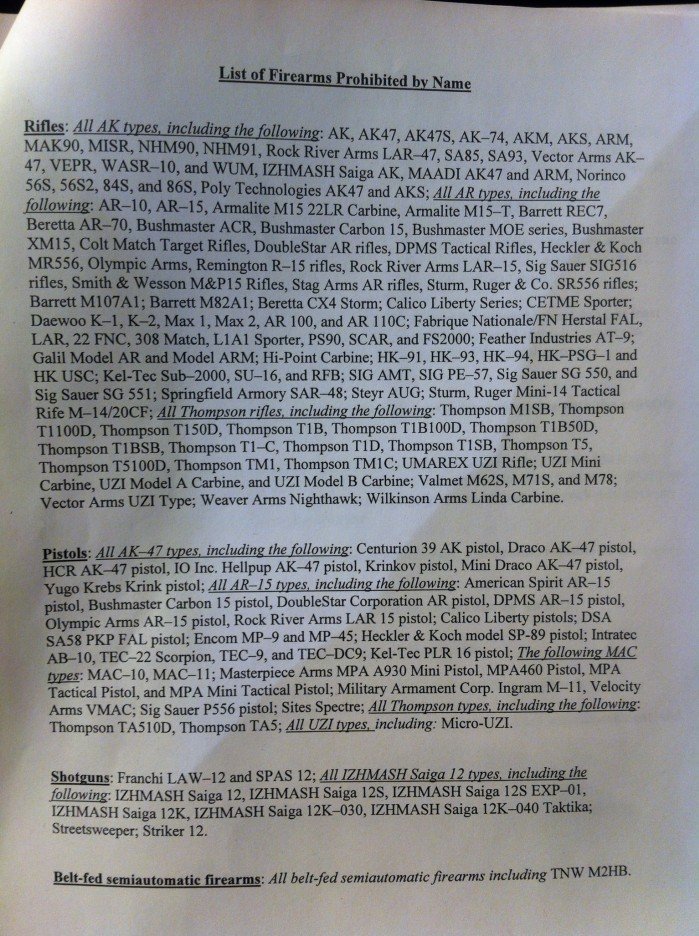 ...the Democrats described these firearms as “dangerous military-style assault weapons.” The bill would also ban high-capacity ammunition feeding devices that can hold more than 10 rounds.

Really, Dianne? Pray tell us, which of these dictates would have prevented a madman from slaughtering children with a shotgun, or an IED, or Molotov cocktails, or hundreds of other deadly contraptions?

Obamacare has nothing to do with improving the delivery of health care; its goal is controlling the citizen's physical and mental health. Similarly, the Democrats' "assault weapons" ban is designed to centralize even more power with the federal government.

Apparently, Americans are too stupid to make their own choices when it comes to health care, what kind of cars they should drive, how big their toilet tanks are, and whether they can be permitted to defend themselves.

Military assault rifles? No army in the world supplies it's troops with semi-auto - only rifles! What a joke. In the meantime, gun manufactures are backed-up for 1 to 2 years on backorders! The media all but ignores the avalanche of gun buying that began the day that BHO was reelected, and has continued, only gaining intensity ever since. Finally BHO wants military ladies in combat roles. I promise you this will only increase by millions the numbers of folks who leave the military and then want to purchase an AR-15 in civilian life. Currently something like 1 ex-gi in 8 has or have owned an AR after leaving the service. The idiots have no idea what a pleasure rifle shooting (or shooting in general) is for millions. And now they will expand the group by millions more. Good job uncle Joe! Really kicked ass on those badass black guns!

I personally am relieved my potato gun wasn't listed.

You make a solid point Tony in regards to our Veterans. I can personally vouch for your thought.