QOTD: Obama Declares Nothing Is Ever His Fault, Especially the Debt Since 2009

Breaking: Obama Declares Nothing Is Ever His Fault, Especially the Debt Since 2009

Obama's press conferences, rare as they are, are going to be even more unbearable in the second term.

It's not like his rhetorical sleight-of-hand is all that complicated, and at this point, it feels like watching a magician perform very predictable and boring tricks. He insists that whatever he wants at that moment is "sensible" and insists that any cuts, of any program, be they discretionary spending or entitlement programs, fail to represent a "balanced approach" and "balancing the budget on the backs of the most vulnerable." The spending he wants is always characterized as "investments we need to make." 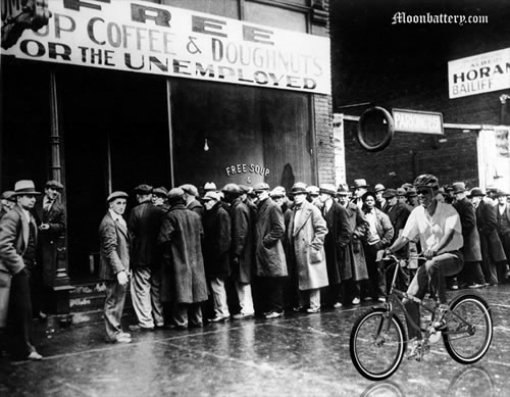 He says he's open to "making modest adjustments to programs like Medicare to protect them for future generations" without going into much detail about what they are; usually they amount to declaring the federal government will pay doctors less and hoping those doctors don't stop seeing Medicare patients, the way the Mayo Clinic did. Less than a month after getting the income-tax increases he started demanding the moment the GOP took over the House of Representatives, he's at it again, declaring, "We need more revenue, through tax reform, by closing loopholes in our tax code for the wealthiest Americans." He still complains that "a multimillionaire investor can pay less in tax rates than a secretary" and "tax breaks for the wealthiest Americans" as if nothing had changed on January 1.

Four years into his presidency, the problem is not of his making; he spoke about "spending that Congress has already committed to" and "debate with this Congress about whether or not they should pay the bills they've already racked up" as if he had nothing to do with the rate of federal spending since January 20, 2009.

Asking for statesmanship from a charismatic demagogue is somewhat akin to asking for diet tips from Rosie O'Donnell.

I love this version of the cycling, fascist, SCOAMF. He sort of sneaks up on you.

Plus, as I always add when I see these photos from the depression: The Guys Get Hats!