PATRIOTS: America's Sheriffs Are Standing Tall Against the Left's Full-Throated Attack on the Constitution 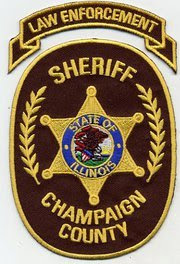 Champaign County Sheriff Dan Walsh has weighed in on the hysterical call by Democratic Party leaders to ban guns, limit magazine capacities and impose all sorts of other restrictions both in Springfield and in Washington, D.C. ... While he doesn’t come out and say he’s not going to enforce further gun bans, he does cover a number of points that are just common sense around here:

• Right to carry will deter crime.
• America’s favorite rifle, the AR-15, isn’t criminally misused around here.
• Magazine capacity isn’t an issue.
• Cops here, including him, support law-abiding citizens’ right to carry and possess firearms of all sorts.
• The real problem for his department is mental health issues.

...Our objections to the legislation are numerous and begin with the process under which the bill was voted on in the Senate. It is deeply disturbing to our membership, as public servants and Citizens of the state of New York, the manner in which this legislation was brought to the Senate for vote... 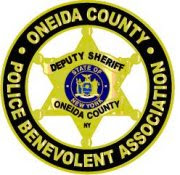 ...It is our understanding that many Senators had approximately 20 minutes to read the legislation before being forced to vote on it and note that the bill was brought before the Senate and voted on so quickly that its authors failed to make provisions for the exemption of police officers or the National Guard with respect to the new magazine-capacity requirements. Having reviewed the legislation and given the time constraints, it is our conclusion that there is no possible way any normal person could have read the entire bill and understood its implications prior to voting on it. They most certainly could not have requested and received the input of their constituency and considered their opinions in the matter which is the most basic tenet of a representative government. The entire process was one of secrecy and of intentional withholding of information from the public. We condemn this in the harshest terms. Had there been an opportunity for the public to exercise their right to be involved in the legislative process prior to the bill being voted upon, We would have offered a letter of opposition. Instead, we find ourselves in the rather unique position of opposing legislation after it has been passed. Our membership believes we were denied one of the most basic rights of a democracy by this process and we cannot and will not accept this type of behavior from our
elected officials... 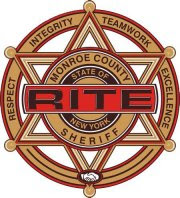 ...The SCSDPBA reminds the addressees that “assault weapons,” which are banned under the new legislation if they have 1 military­-type feature, were responsible for 5 out of 769 homicides in New York last year or .007% – hardly a public safety crisis for our state... While it may come as a surprise to the authors of the legislation, most semi-automatic pistols do in fact come with a pistol grip, making nearly every semi-automatic pistol an assault weapon and thus subject to registration on a yearly basis...

...In recent days, we have also become aware of published reports describing a large and growing movement within our state of citizens who have apparently announced their intention of non-compliance with the new statutes as they relate to assault weapons and registration. With an estimated 1 million assault rifles in existence throughout New York, it is beyond comprehension that the legislature and the Governor would needlessly place police officers in a position where they might be called upon to confiscate the previously lawfully owned property of an American citizen. There can be no denying the potential danger this prospect places law enforcement in and once again strongly suggests a bill that was rushed to passage without aforethought or any regard for its potential implications. We cannot excuse this and do not appreciate our very safety being sacrificed for political gain.

Milwaukee County Sheriff David Clarke Jr. has released a 30 second public announcement calling on the citizens of Milwaukee to familiarize themselves with a firearm and aid the police in defending life between the time they dial 911 and the time the police arrive. 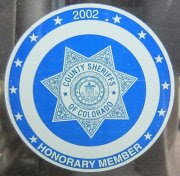 Late last week, the County Sheriffs of Colorado (CSOC) drew a line in the sand in defense of the Second Amendment, telling elected officials in the Centennial State that they will not support any of the proposed gun restrictions.

These devoted public servants understand better than most the efforts necessary to preserve and advance public safety interests for the community as a whole. The CSOC also made it clear in their statement that they welcome dialogue, in the wake of recent tragedies, that relates to protecting the public. However, they ardently assert that they “…do not believe these tragedies should be used as the backdrop to advance gun control legislation.”

The CSOC specifically cited their direct opposition to the gun grabbing efforts in Denver, being led by extremist organizations like New York City Mayor Michael Bloomberg’s group "Mayors Against Illegal Guns" (MAIG). The so-called “common sense” measures being weighed by these out-of-town extremists include a ban on commonly owned semi-automatic rifles, arbitrary limitations on magazine capacities, the ban on bulk purchases of ammunition, a statewide database for concealed carry permit holders, unnecessarily restrictive mental health checks and the criminalization of law-abiding citizens through the prohibition of private firearms transfers.

More than 90 sheriffs from mostly rural counties say they won't enforce what they deem unconstitutional gun laws from the Obama administration or Congress... The sheriffs sent open letters to President Obama and began a media effort to "stand up against the unconstitutional gun control measures being taken," according to the Constitutional Sheriffs and Peace Officers Association... The Texas-based group released a list of 90 sheriffs who oppose Obama's gun-control efforts. The list includes sheriffs from more than 20 states as well as sheriff's associations in Utah and New Mexico.

Jackson County Sheriff Denny Peyman has some advice for federal officials attempting to confiscate legal guns held by citizens in his jurisdiction: “go ahead, make my day.” ... “My office will not comply with any federal action which violates the United States Constitution or the Kentucky Constitution which I swore to uphold,” Peyman said. “Let them pull that stuff in other places if they want, but not in Jackson County, Kentucky.”

An Oregon sheriff has sent a letter to Vice President Joe Biden saying his department will not enforce any new gun laws it considers unconstitutional... “We are Americans,” Mueller wrote. “We must not allow, nor shall we tolerate, the actions of criminals, no matter how heinous the crimes, to prompt politicians to enact laws that will infringe upon the liberties of responsible citizens who have broken no laws... In summary, it is the position of this Sheriff that I refuse to participate, or stand idly by, while my citizens are turned into criminals due to the unconstitutional actions of misguided politicians."

I applaud these patriots and am thankful for their service and loyalty to the Constitution. If only our legislators possessed such integrity.

Well it is good to see somethings being done about it anyway!

Hey, Doug, add my county Sheriff to the list.